A six-minute film which attempts to counter the myth that women's choice of clothing incites rape or sexual violence ruled the annual Cinemascian short film competition among Grade 10 students of Manila Science High School at the Augusto A. Alzona Hall last March 11. 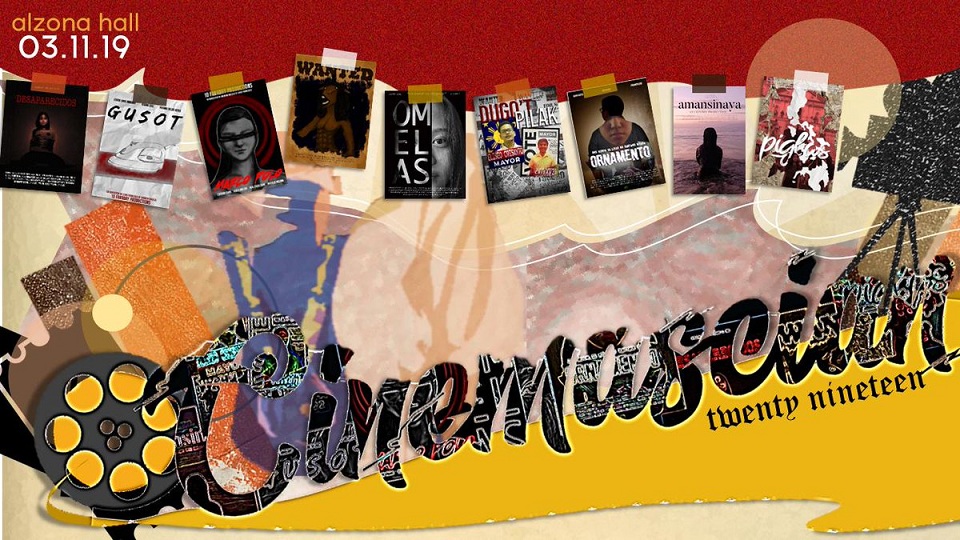 "Wanted," the short film entry of X-Copernicus, won Best Film, Best Director for Eunice Lavilla and Best Poster for Yana Ysabel Caraan. It makes use of the "tikbalang," a half-human, half-horse creature of Philippine folklore to represent the convicted rapist who is on the loose. 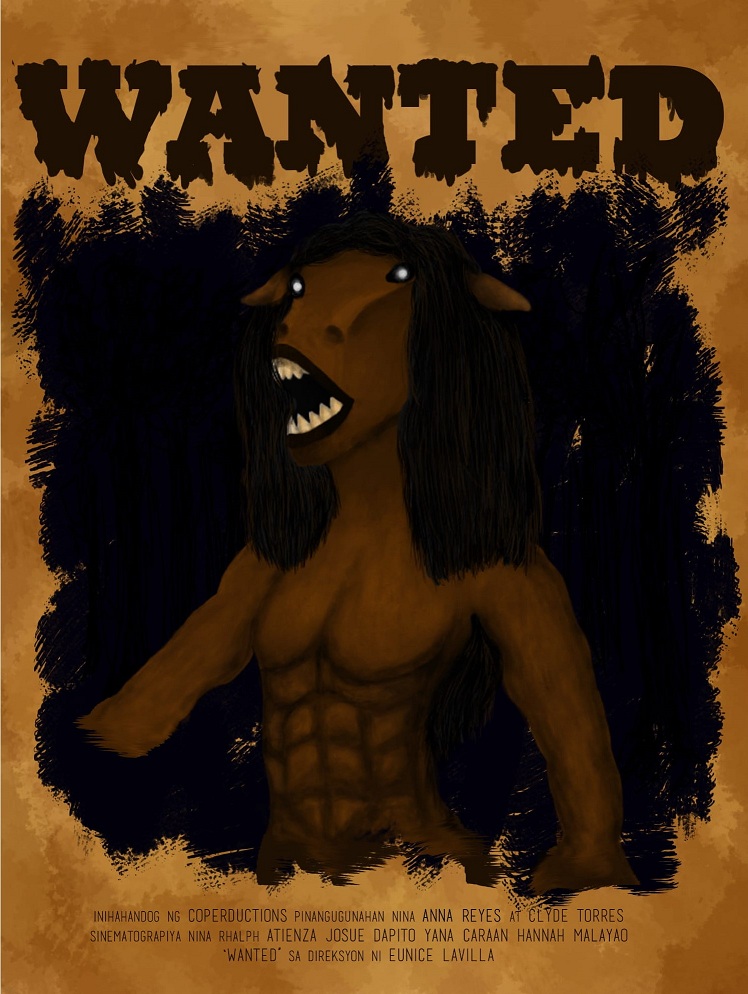 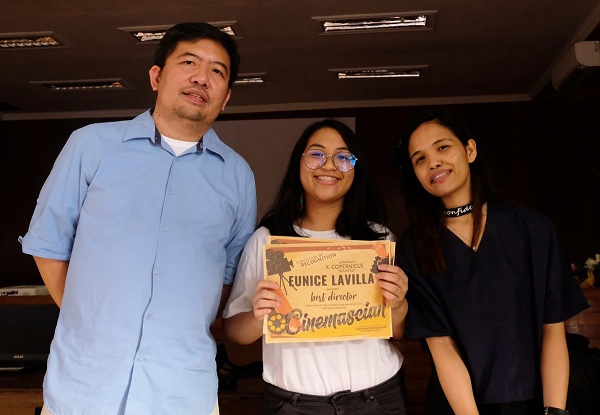 "Gusot," a film co-directed by David Andrew Racelis and Leira Marie Francisco of X-Faraday, won Second Best Film and Best Actress for Louise Anne Marinay, who played an overworked household help in a story involving a domineering mother and her caring daughter. 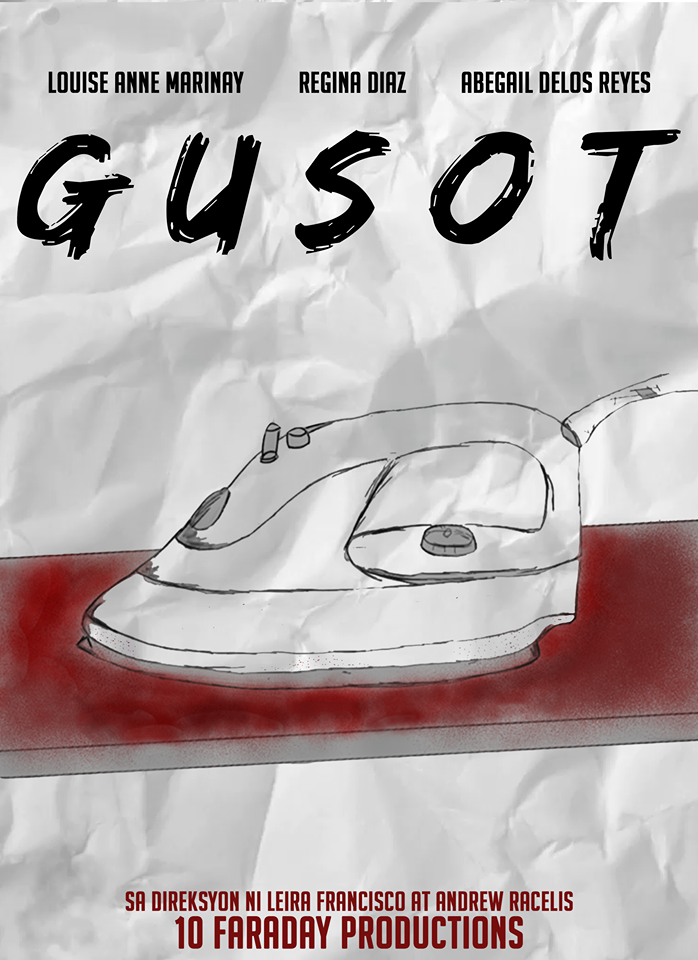 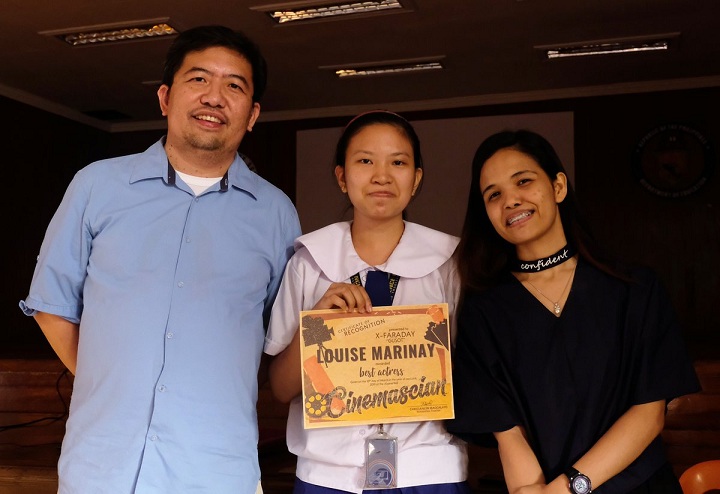 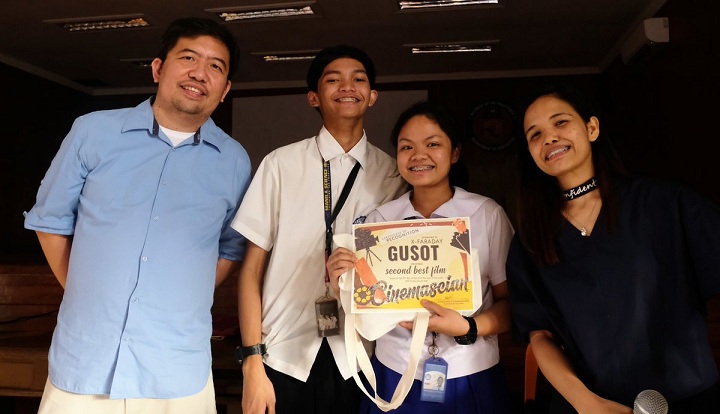 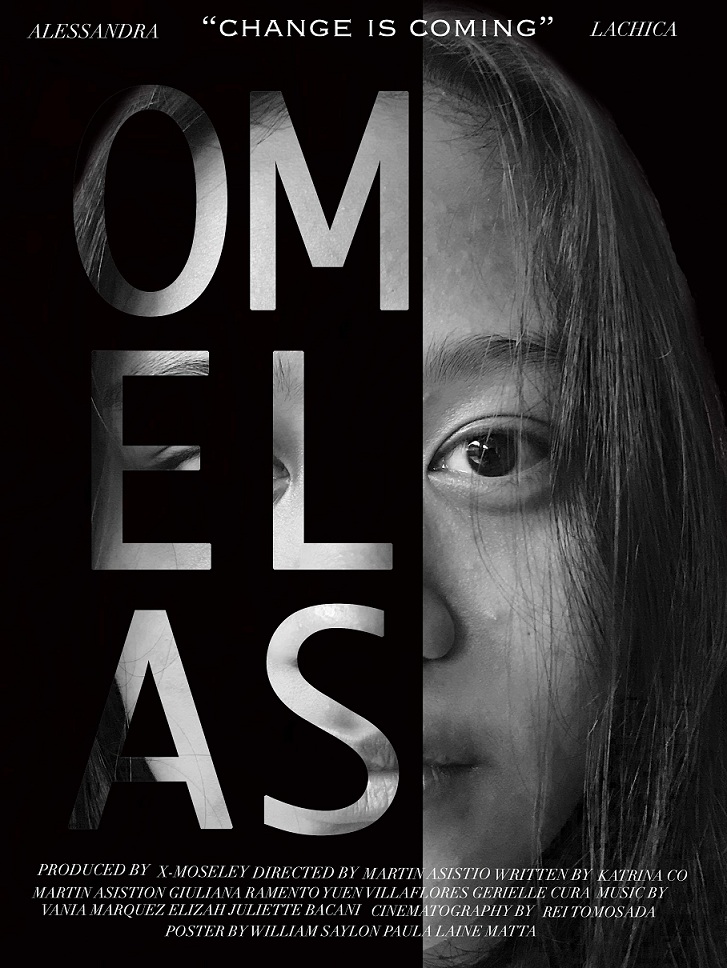 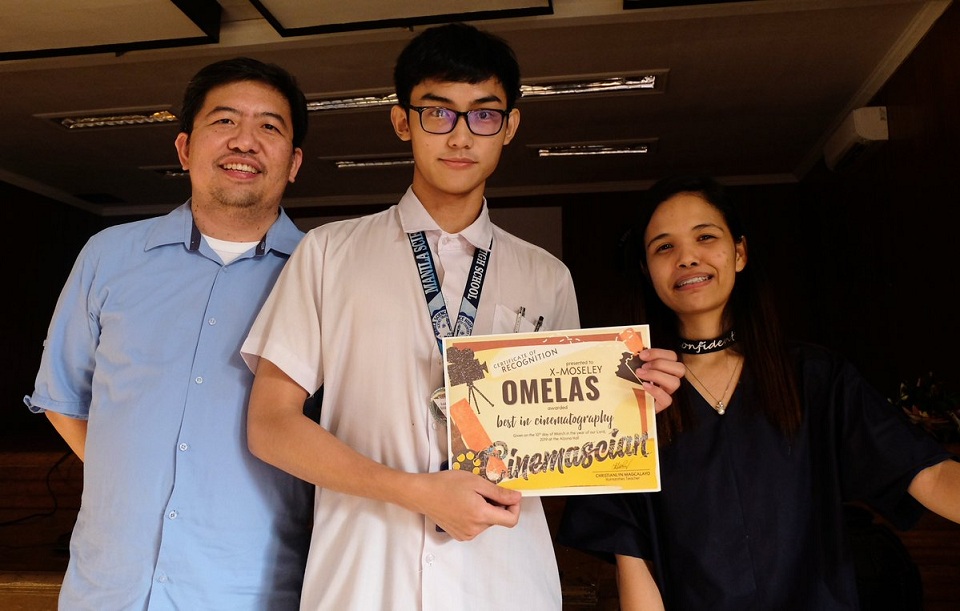 "Desaparecidos" of X-Lawrence won Best Screenplay for Alicia Ablian, Christine Callueng, Andreana Flores and co-writer/director David Velasco, Best Trailer and Best Soundtrack in a tie with "Ornamento" by X-Newton. "Desaparecidos" tackles the issue of enforced disappearances as told in the story of a father and his daughter while "Ornamento" focuses on a young woman who was sexually abused and victimized by a local politician and his family. 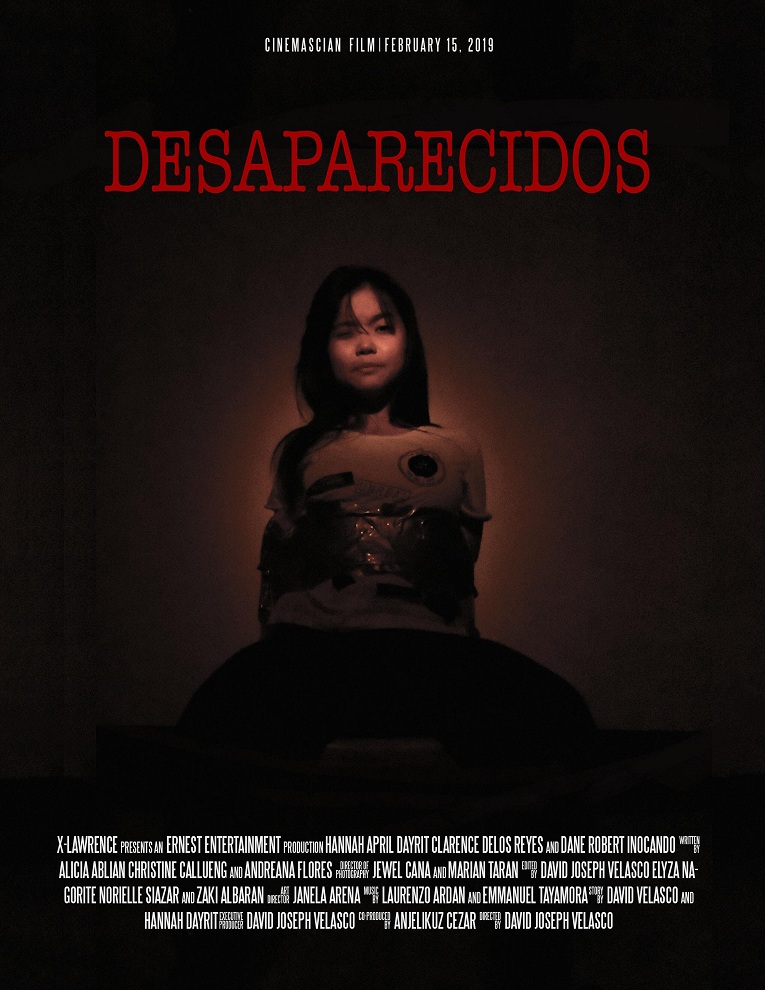 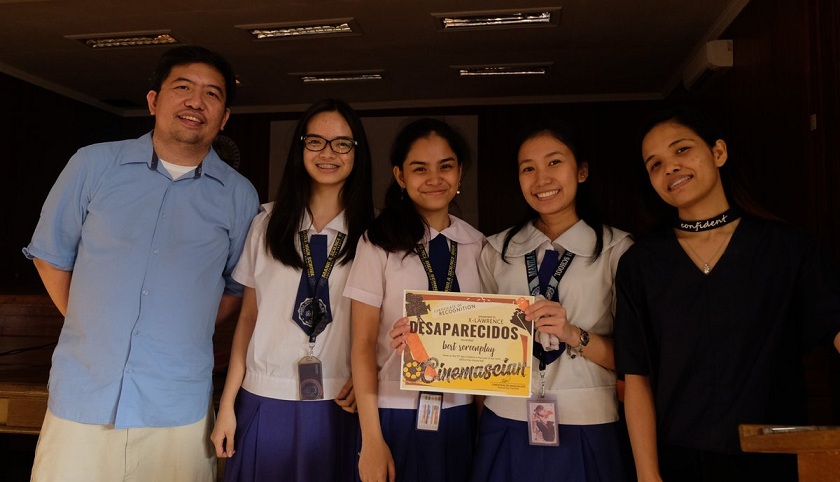 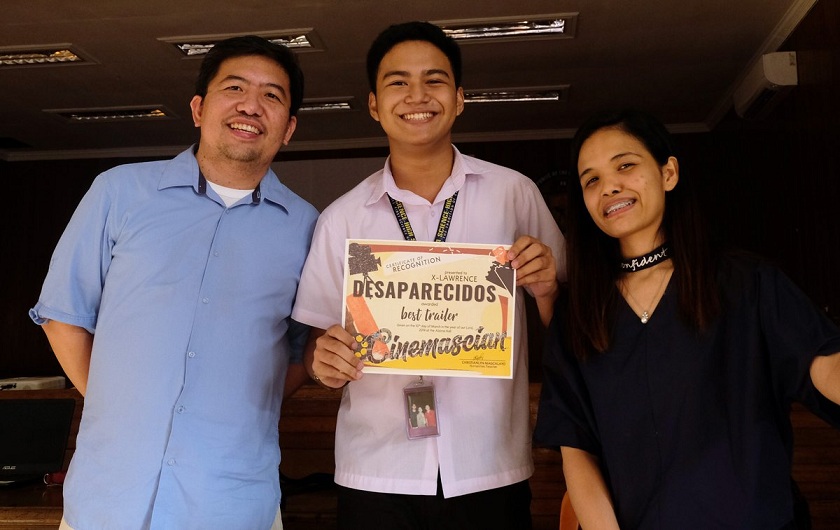 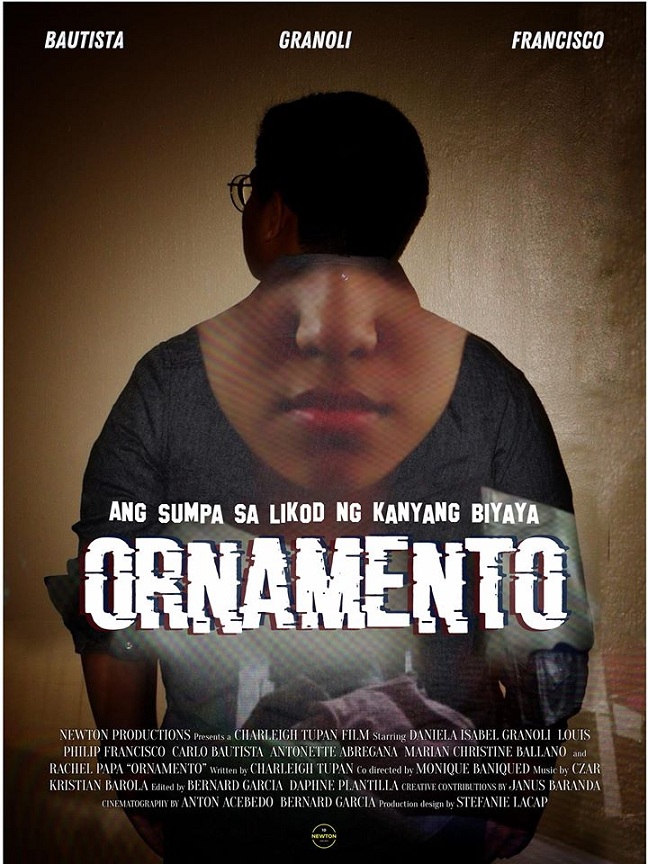 "Amansinaya" of X-Einstein won Best Production Design for Rommielle Morada, who also co-directed the film with Siegourny Yap. A take on the territorial row in the West Philippine Sea, it tells the story of fisherfolk's daughter who decides to take matters into her own hands after learning that her younger brother has not eaten fish since his third birthday. 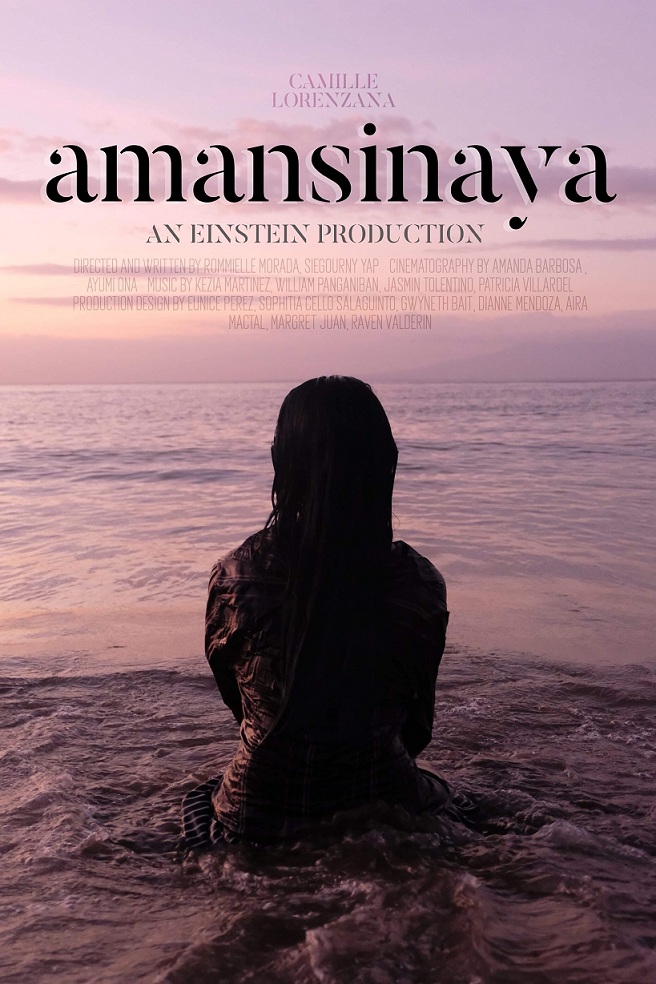 Niccolo Roxas won Best Actor for his role as the ambitious son and politician in "Dugo't Pilak" of X-Roentgen. The other competing entries are "Marco Polo," also directed by Racelis and Francisco of X-Faraday and "Piglas" directed by Riana Laurice Fajardo of X-Townes.

Cinemascian is being conducted annually as part of the students' Humanities classes. According to MSHS Humanities teacher Ms. Christianlyn Magcalayo, the event "aims to showcase students' skills and creativity in the art of filmmaking, to allow them to express their views and insights on social issues surrounding them as youth through film, and to use film as a tool for social awareness and effecting change."

The entries were evaluated according to the following criteria: Storytelling/Message – 40%; Technical Quality – 40% (10% each for Cinematography, Production Design, Editing and Audio/Music/Sound Effects) and Acting – 20%. 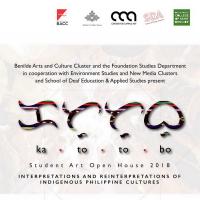 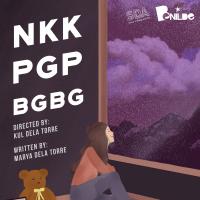 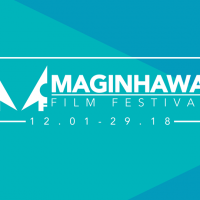 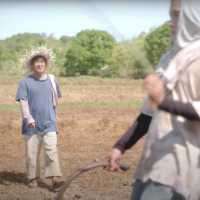 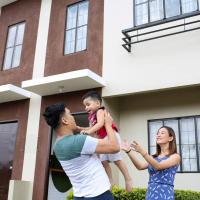