Sweet, rock and a whole lot of bold, the 90s were an era of statement making music that shook the core and revitalized Philippine music. Hear the pulse raising hits in “90s Overload” happening on November 17, 2018 at The Theatre at Solaire.

“90s Overload reminisces the era when Original Pilipino Music (OPM) found its footing in the rock scene. The grungy, attitude-filled acoustics merged with the soulful lyrics that is normally the signature of our ballads were what made it appealing and relatable. The 90s music were statement makers which made them click with a wide audience then, and even with today’s younger generation,” says Solaire Resort & Casino’s Director for Entertainment Audie Gemora. 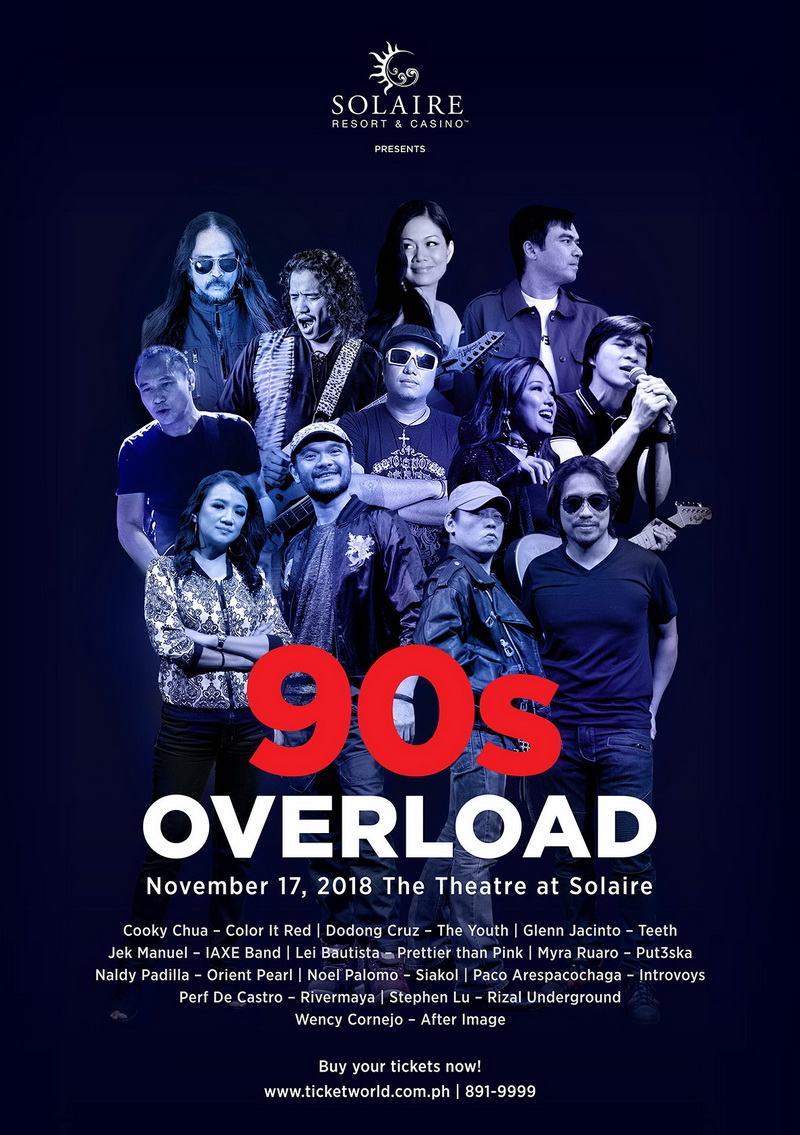 The concert will bring together the 90s most iconic band voices to sweep its audience onto its currents. Jek Manuel of IAXE Band, Cooky Chua of Color It Red, Lei Bautista of Prettier than Pink, Paco Arespacochaga of Introvoys, Perf De Castro of Rivermaya, Glenn Jacinto of Teeth, Wency Cornejo of After Image, Myra Ruaro of Put3ska, Naldy Padilla of Orient Pearl, Dodong Cruz of The Youth, Stephen Lu of Rizal Underground and Noel Palomo of Siakol will sing their most prolific songs to bring in the nostalgia tide after tide.

Myra Ruaro of Put3ska shares that the 90s music scene was a time when ingenuity was abundant, “The Pinoy 90s music scene was the time of great musical opportunities for artists and bands with truly creative and unique original compositions. There was so much talent coming from the rock scene and the musicians’ diverse musical personas made the vibe truly exciting and progressive.” The diversity in sound, interpretation and style created a culture where each is a mentor to the other, “Everyone knew everyone and supported each other’s music. Though we had our own unique sound and identity, we were all part of one community, one family, one barkada,” says Prettier than Pink’s Lei Bautista.

The era’s richness in musical material that spoke to one in a personal level made it difficult for most to pick which they would consider as their 90s anthem. But for some, there are songs that are more long-lasting than others. Cooky Chua of Color It Red cites “Nanaman” from their band’s first album, “Ito yung pinaka unang kantang nasulat ng banda namin for Ateneo Fair”, while for Rizal Underground’s Stephen Lu, “It would be “Alapaap”. The lyrics brings us to a different level of high. The music has its rock feel but with pop sensibilities”.

Asked what they’re looking forward to in their upcoming concert, the four artists gave the same answers. “We want to bring back the audience to the 90s and recreate the same energy and atmosphere while we get to hang out with old and new artist friends, says Lei. Cooky adds, “Sabi ko nga kay Wency (Cornejo), I do this for the friendship and bonding. It feels good to hang out with the artists na kasama dito, hindi trabaho.”

Concert goers will definitely witness a big jamming session of their favorites 90s anthems that will make them unconsciously bob their heads, sing along, and jump up from their seats.

Photo shows: (Left to right) Dodong Cruz of The Youth, Perf de Castro of Rivermaya, Myra Ruaro of Put3ska, and Glenn Jacinto of Teeth; Stephen Lu of Rizal Underground, Noel Palomo of Siakol, Lei Bautista of Prettier than Pink, and Jek Manuel of IAXE Band; Cookie Chua of Color It Red, Wency Cornejo of After Image, Naldy Padilla of Orient Pearl, and Paco Arespacochaga of Introvoys. 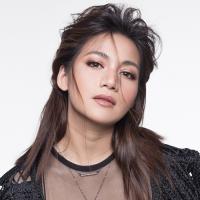 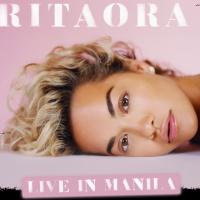 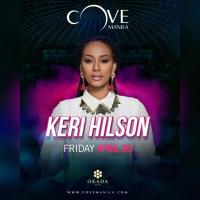