SHAREit overtakes Instagram among top downloaded apps in the Philippines

As digital transformation gathered pace during the pandemic, SHAREit’s growth trajectory has continued to accelerate globally. SHAREit is a one-stop content application that has grown to become one of the world's leading online and offline platforms, providing digital users with gaming, content streaming, and file-sharing capabilities.

SHAREit is ranked eighth most downloaded mobile application in the Philippines and sixth by monthly active users, according to “AppAnnie’s The State of Mobile 2021 Report”. In 2020, SHAREit was also recognized as the world’s fastest-growing media-publisher, ranking number one in the H1 '2020 Edition XI of AppsFlyer Performance Index. The platform recorded a growth rate of 160% in in-app installs between January and June 2020.

SHAREit’s global success is founded on its loyal user base of 1.8 billion users worldwide, and its strong presence in over 200 countries. Of SHAREit’s 500 million monthly active users, 125 million users are in Southeast Asia.

Adapting to digital transformation has been a key driver given the restrictions posed by the ongoing pandemic. Such transformation has included the switch to online learning and the increased reliance on digital platforms used for almost everything – from conducting business to paying bills and buying groceries. In this environment, the demand for digital content and entertainment has grown rapidly as people continue to be confined to their homes for prolonged periods.

In the Philippines, SHAREit has experienced exceptional growth. The application has seen a 15% month on month increase in daily active users since the lockdown began last March, and now has close to 40 million monthly active users in the Philippines, surpassing leading apps like Viber and Spotify. This increase in usage can be attributed to SHAREit’s unique strengths firstly as a one-stop app for content discovery, entertainment and peer-to-peer file sharing, and secondly, as a platform that users can enjoy both offline and online. Coming from an offline social network, SHAREit helps the transition from offline to online among its users, enabling app developers to reach both existing and potential new users - even those on patchy internet networks.

SHAREit has significantly grown its Philippines presence in the past year. To leverage the potential offered by this vibrant digital market, it has set up a local office in Manila with a full team spearheaded by its regional lead, Lisa Dominguez. SHAREit’s Philippines team is focused on driving growth for local businesses and allowing brands to capitalize on SHAREit’s massive reach while adapting to the unique preferences and demands of its user base in the Philippines.

Two local brands that have already benefited from partnering with SHAREit include fintech leader GCash and social live-streaming platform, Kumu. Through its performance marketing solutions, SHAREit has helped GCash onboard new users nationwide from key cities and remote areas. SHAREit has also increased visibility and user engagement for Kumu, which, since launching 18 months ago now dominates the country’s social live-streaming space.

“We are very excited about SHAREit’s growth in the Philippines. Our local team is keen to build on this success and establish an even greater presence as the country rides this wave of digital transformation and increased connectivity. Our plans now are to continue to refine the app’s user experience, and to invest in solutions that help local brands scale their user base and digital reach through exposure on the SHAREit app,” said Dominguez.

As the Philippines emerges from the economic and social effects of the pandemic, SHAREit’s agility and unwavering focus on meeting its users’ content discovery and sharing needs will enable it to continue this remarkable growth story. SHAREit looks forward to helping its Philippines users and local partners alike adapt and thrive in this new digital landscape.

One with The Good Guys 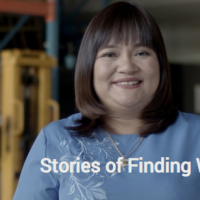 A Story of Finding Ways Despite Great Uncertainty