No amount of rain was going to stop these honors from being handed out. With Typhoon Tisoy raging outside, SPIA Asia – Asia’s Sports Industry Awards & Conference, held its fifth edition at the Grand Hyatt Manila in Bonifacio Global City Philippines on December 2 and 3, 2019. After two days of panels, case studies, and interviews on the business of sports, the business of football in Asia, sports and new technology, sports and tourism, and integrity and inclusion, the SPIA Asia Awards were also handed out, recognizing and celebrating sporting excellence of the industry. 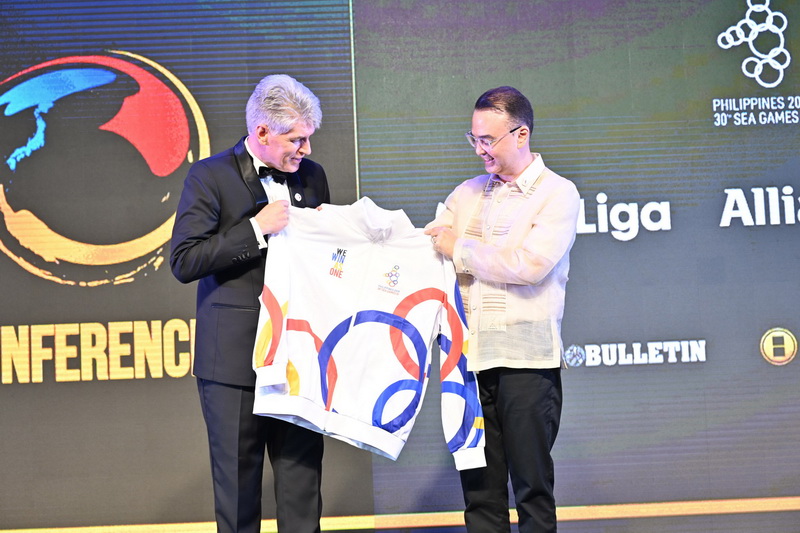 Football legend Ronaldo Nazario de Lima, more popularly known simply as Ronaldo, was awarded the Sport and Beyond Award, an honor celebrating both his career as a legendary footballer as well as his accomplishments beyond the football pitch. The three-time FIFA Footballer of the Year, two-time winner of the Ballon d’Or, and three-time winner of the FIFA World Cup was a goal-scoring machine for Brazil on the international stage and for club teams like FC Barcelona, Inter Milan, Real Madrid CF, A.C. Milan, and Corinthians. Following his retirement from competition, “El Fenomeno” became the majority owner of Real Valladolid in 2018 and hopes to bring the club to new heights.

The Best Asian Sports Team honor was handed to the Japanese Rugby Team who shocked the world at the 2019 Rugby World Cup, where they served as hosts. After winning the Pacific Nations Cup earlier in the year, Japan was grouped with Russia, Ireland, Samoa, and Scotland. The Brave Blossoms’ 28-21 win over Scotland made them the first Asian team to top their group at the Rugby World Cup and the first Asian team to make it to the knockout stage. 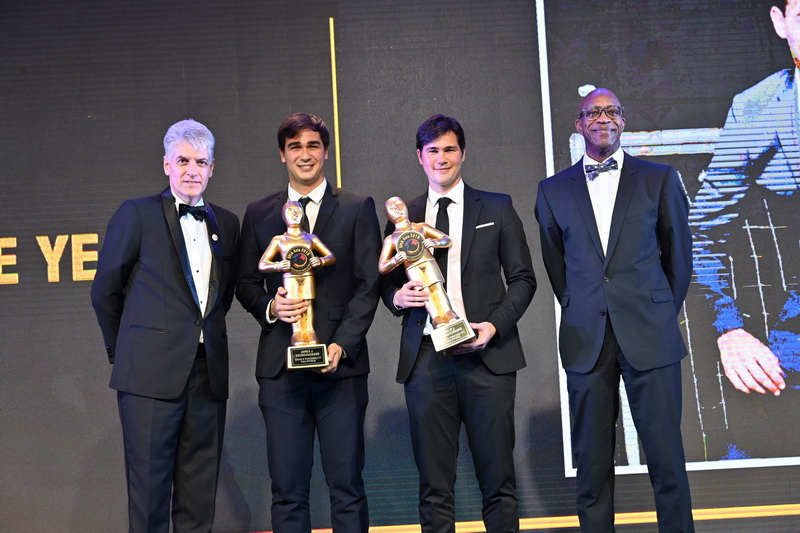 Tennis superstar Naomi Osaka was named Best Asian Sportswoman of the Year. After being named WTA Newcomer of the Year in 2016, Osaka famously defeated Serena Williams in the final of the 2018 US Open to become the first Japanese Grand Slam singles champion. She followed that up by defeating Petra Kvitova to win the 2019 Australian Open and became the first Asian player to be ranked first in the world in singles. Only 22-years-old, many believe that the best is yet to come for Osaka. 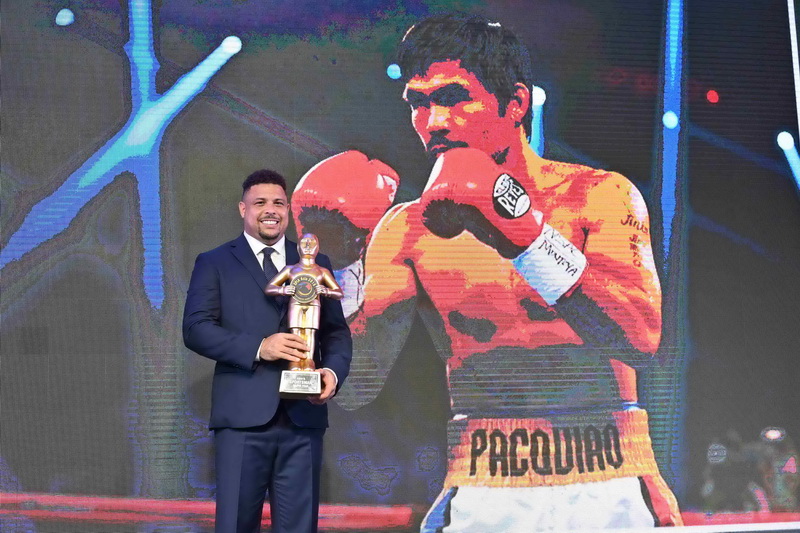 3x FIFA World Player of the Year and currently Chairman of the Real Villadolid Ronaldo Nazario presenting the Best Asian Sportsman of the Year award to Manny ‘Pacman’ Pacquiao.

As if he doesn’t have enough accolades already, the only eight-division boxing champion in history, Sen. Manny Pacquiao, was awarded the Best Asian Sportsman of the Year. Pacquiao started the year by retaining the WBA (Regular) welterweight title via a 12-round unanimous decision over Adrien Broner at the MGM Grand Arena in Las Vegas, Nevada. Seven months later at the same venue, “the Pac-Man” won the WBA (Super) welterweight championship via a 12-round split decision over Keith Thurman. 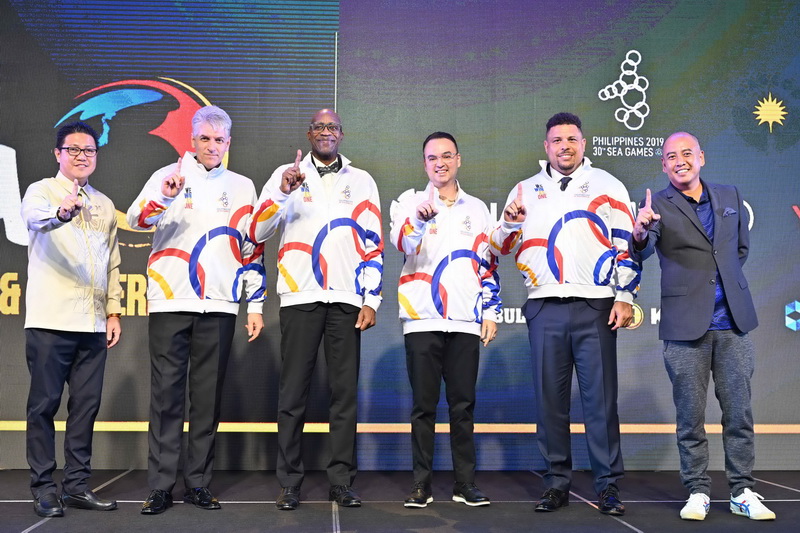 Other notable winners at the SPIA Awards included The Chongqing Major as Best eSports Event of the Year in Asia, Shopee and Cristiano Ronaldo from Sport Quake as Best Brand Activation of the Year, Atrium Sports – Kilsyth Basketball Connected Stadium from Atrium Sports with the Best Use of Technology in Sports, the Rugby World Cup in Japan from World Rugby/Rugby World Cup Limited won both Best International Sporting Event of the Year and Best Sports Digital Platform of the Year, while the WTA Finals 2018 from Lagardere Sports of Singapore was named Best Integrated Marketing Campaign of the Year. 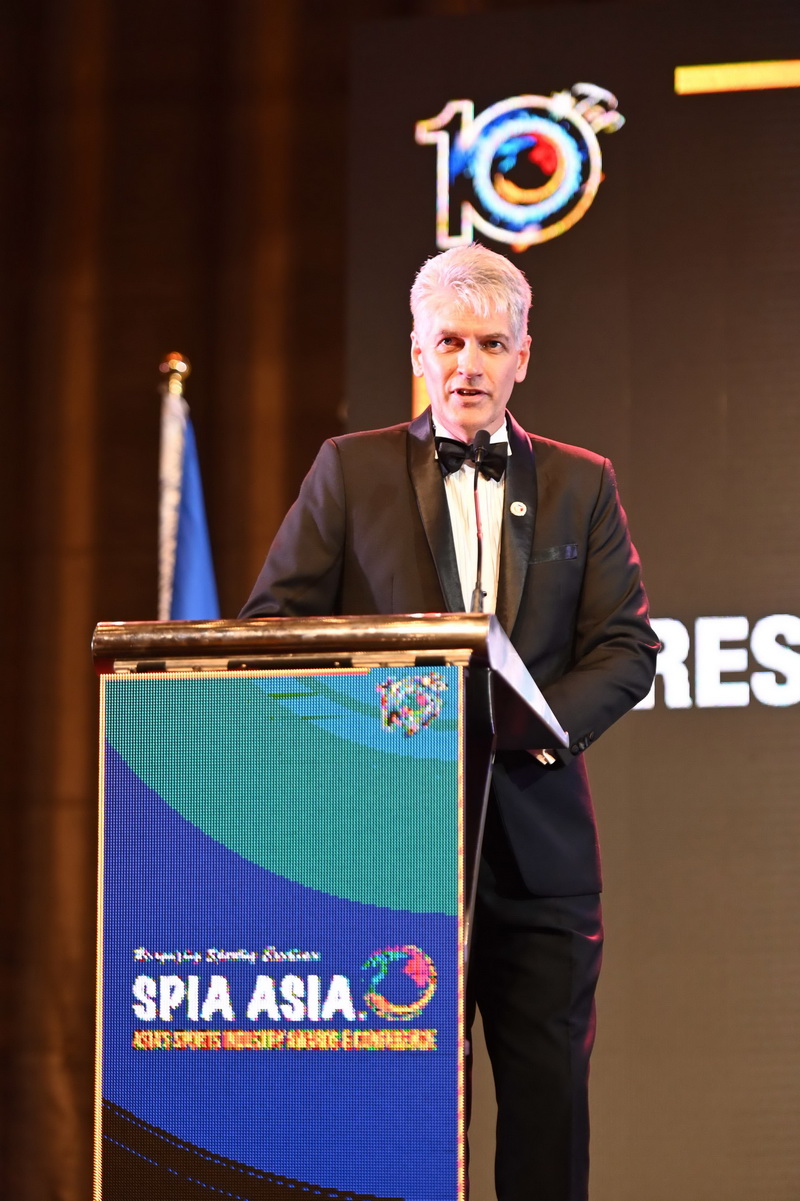 Football playing brothers Phil and James Younghusband were also recognized during the awards gala as Phil, who recently retired from his international football career, had a statue of himself auctioned off for charity. Another Philippine sports personality that was recognized was gymnast Carlos Yulo who won gold at the SEA Games for the All-Around and Floor Exercise as well as silvers in the Pommel Horse and Still Rings. 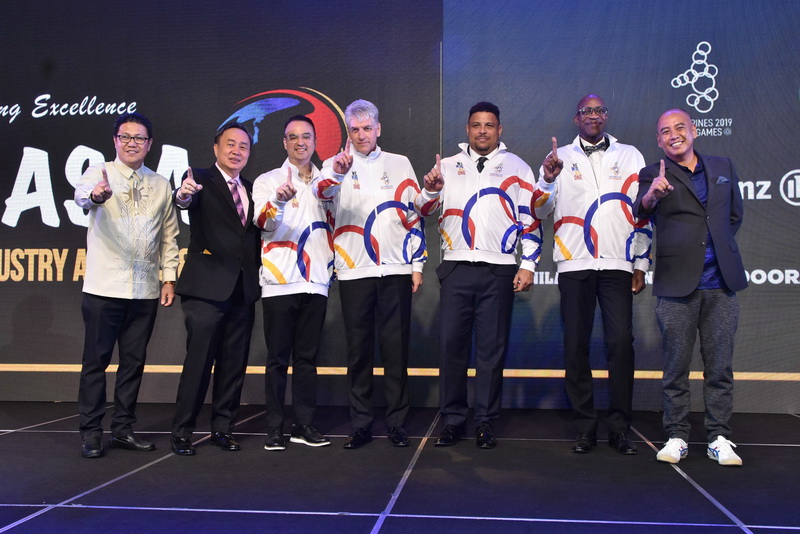 Aside from Ronaldo, also present at the two-day conference and awards night was track and field icon Dr. Edwin Moses, chairman of the education committee of the World Anti-Doping Agency (WADA).The American is a sporting legend in the 400m hurdles, having won gold medals at both the 1976 Montreal Olympics and the 1984 Los Angeles Olympics. Yet on top of his many accolades, Moses has arguably accomplished even more after his track and field career as he has served as chairman of the Laureus World Sports Academy in 2000 which seeks to promote and increase participation in sport at every level, and also to promote the use of sport as a tool for social change around the world. Moses joined Ronaldo onstage for the “Icon 2 Icon” talk as they discussed their lives both during and after their athletic careers ended.

The SPIA Asia conference saw over 600 delegates and over 60 speakers, with over 450 submissions in 25 categories nominated for awards.

For more information about the conference program, visit www.spiaasia.com. 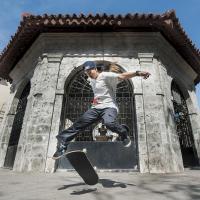 Red Bull DIY Aims to Give Back to Filipino Skateboarding Community 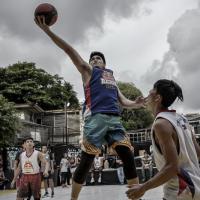