MNL48 has finally announced the release of their first single “Aitakatta – Gustong Makita”, a tagalized version of AKB48 song of the same title last August 11, 2018 at Movie Stars Café. The group will have a live performance of “Aitakatta – Gustong Makita"  and will reveal its music video on ABS-CBN’s noontime show, It’s Showtime on August 18, 2018. 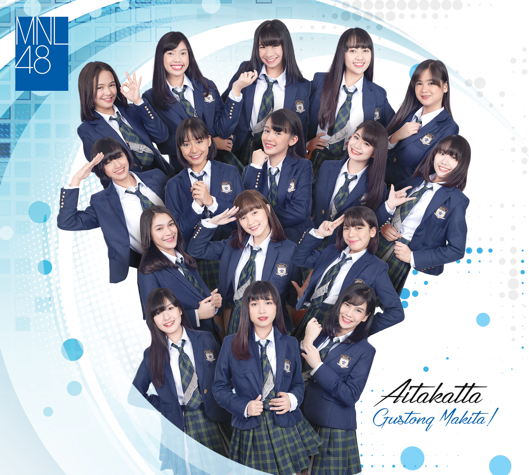 MNL48 is an all-girl sing-and-dance group, aging 15-20 years old with 48 members and 19 trainees. The group is the Filipino version and the newest sister-group pf the highest-selling J-pop phenomenon, AKB48, which started in Japan in 2006 and now has franchise all over Asia, including BNK48 (Bangkok), JKT48 (Jakarta) and TPE48 (Taipei), among others.

Aitakatta is the signature song of the highest selling idol group in Japan and MNL48 sister group, AKB48. The song was the 1st major single of the group and topped the Oricon Singles Chart, the Japanese music industry standard singles popularity chart, in 2006.

Aside from Aitakatta, a tagalized version of “Sakura no Hanabiratchi – Talulot ng Sakura” and “Skirt, Hirari – Umiindak na Saya” are added to their debut album which also includes its instrumental versions to complete the six-track record. The physical copies (CDs) of the said album will be release this August 2018 under Hallohallo Entertainment Inc. (HHE) and Star Music. The album also includes the track list, complete song lyrics and ticket for the groups’ upcoming handshake event.

Based from AKB48's tradition on costume and album launching, MNL48 used the Japanese school uniform as the official costume for their first single which sung by the top 16 members, also known as Senbatsu, namely Abby, Sela, Tin, Alice, Ella, Ash, Gabb, Jem, Sayaka, Faith, Lara, Grace, Quincy, Alyssa, Erica, and the elected Center Girl Sheki. Meanwhile, the songs on the debut album will hit the digital platforms iTunes and Spotify on August 31, 2018.

In addition, on August 31 “Gustong Makita” official music video, directed by Japanese Director, Mr. Sho Makino will also air on MYX Premiere. In an interview with the director during the shoot of the music video, he said that he is very happy to be part of the first single of the group. He also added that the reason for choosing Intramuros and Manila Bay as their location because they wanted to showcase one of the historical places in the Philippines to the world.

Furthermore, the director mentioned that the original version of AKB48 Aitakatta music video was his inspiration for MNL48’s first MV, in hopes to share the Filipino culture and what “aidoru” (idol) really means.

MNL48 trainings and activities
After the MNL48 first general election last April 28, the first generation members went through and still undergoing different rigorous development trainings such as voice lessons, dance lessons and personality development lessons as part of their journey as official members of MNL48.

One of the highlights of their journey so far was when Center Girl Sheki, Team Captain Alice and Rans flew to Japan to watch the AKB48 53rd World Single Senbatsu General Election and just recently, the members underwent dance training with AKB48's choreographer, Moe Sensei, who visited the girls from Japanto train them for their upcoming single, music videos and future performances.

In Japanese language, “Senbatsu” means “selection”. This term is used by AKB48 and its sister groups to refer to the members selected to represent the group during media appearances and featured in the A-side of a single. Senbatsu members are the 16 girls with the highest rank in the group.

Meanwhile, as the MNL48 prepares for its upcoming season on their online daily show, the fans can expect to see the members on their nationwide mall tours, TV and Radio guestings starting this August, and their handshake event that will happen on September. 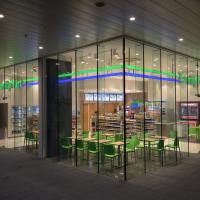 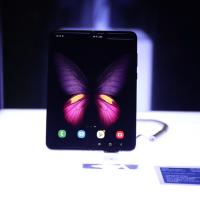