Over the past few years, Taiwanese superstar Eric Chou has achieved mainstream success in major Mandopop markets in the region.

With a string of multi-platinum albums and hit singles that consistently topped streaming charts, the 24-year-old singer-songwriter has been anointed by the Taiwanese media as the “king of lovelorn people”—a title bestowed to the renowned balladeer for his masterful interpretation of emotionally affecting songs.

Despite his popularity as a ballad singer, Chou has recently experimented with EDM and urban music to diversify his catalog. Songs like “Nobody But Me,” “Shutter in Love,” and “Let It Go” showcase a more eclectic foray into pop, R&B and electronic music. These songs were written in English, aimed to capture a new audience outside of Mandopop.

His latest single “Room For You” has recently entered Spotify Philippines Viral 50 charts at #21. Seamlessly blending his knack for sentimental music with EDM elements and lush production, the Taiwanese pop star’s newest song is another glorious attempt to branch out into other genres and explore fresh contemporary sounds with international appeal.

The laid-back, soulful jam is part of his fourth full-length studio album, Freedom, which was released in December 24, 2019. The album, a mix of upbeat English tunes and mellow Mandopop ballads, contains songs such as “Old Days,” “Something About LA,” “Nobody But Me,” and more.

Eric Chou’s latest single “Room For You” is now available on Spotify and other music streaming/download platforms worldwide.

Listen to Eric Chou's "Room For You" https://open.spotify.com/album/2lrmHLTedOpdP6TaZDZ77F?highlight=spotify:track:7cPHBvwlYS0sd7cydYVadk 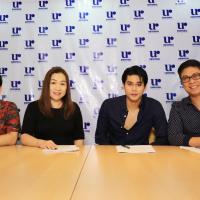 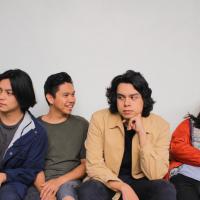