Breathless - A Collaboration Between Students Of Arts Management And Ronnie Lazaro

This month film veteran Ronnie Lazaro sheds light on a different side of his artistry. Students of De La Salle-College of Saint Benilde in the Arts Management program join him in a journey through performance art as they prepare to present a one-time performance of BREATHLESS at the School of Design and Arts’ Blackbox in culmination of a workshop in media arts. Their collaboration with the artist began last May 17, 2018 at Luneta Park with Lazaro commemorating the performance of Bayang Ginigiliw on its anniversary held the same day but 22 years ago. 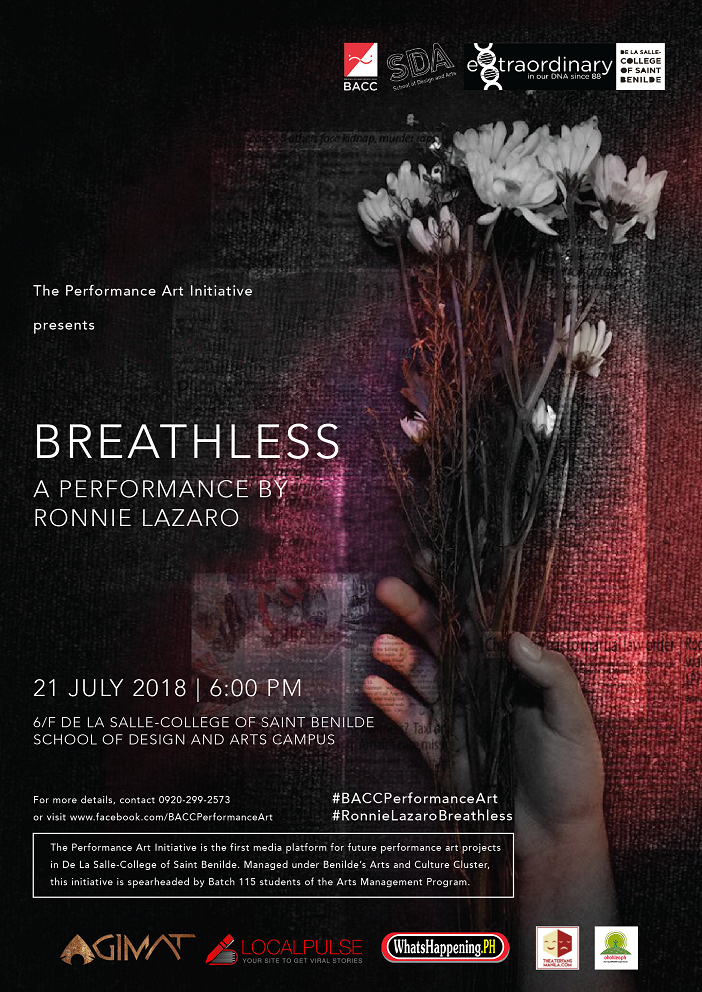 Entitled Pagsibol ng Hiling, the renowned actor appeared for 15 minutes dressed in a traditional barong tagalog, carrying a hand woven bag containing bougainvillea flowers, paper airplanes, and loose change that he furtively threw into the parched lagoon presenting a topographic model of the of the Philippines. In the original performance, Lazaro was joined by several Filipino artists to remove the dirt on the famous archipelago at Luneta Park. This act symbolized an effort to clean the country covered in filth and bureaucratic neglect in the 90’s. In his recent performance students witnessed the event via social media while a few friends and perplexed passersby saw him express wishes of good will to a country he loves so deeply. 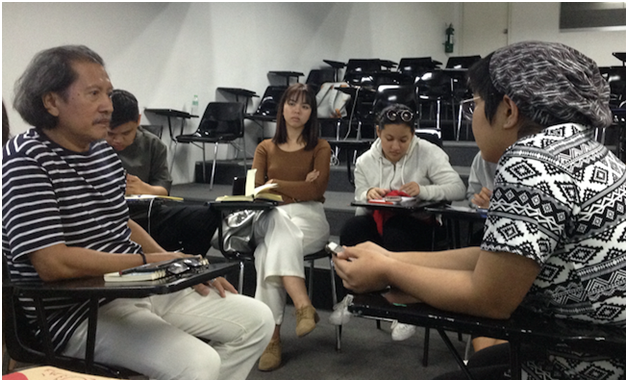 Ronnie Lazaro in a discussion with Benilde arts management students Batch 114. Photo courtesy of the BACC-PAI.

Breathless will take you for a different walk in the park. The fact that it will be Ronnie Lazaro’s first time to work with a group of students and in a classroom set up makes the production process challenging. The actor himself appreciates the students’ creativity and enthusiasm to learn from a veteran of the screen and has himself been inspired by their ideas and suggestions. The performance comes to life on Saturday, July 21, at 6:00 PM at the De La Salle - College of Saint Benilde’s Black Box Theater located at the 6th floor of the School of Design and Arts building. Entrance is free and open to the public. The class is being handled by former head of the Metropolitan Museum, Ms. Sandra Palomar-Quan, who is also a performance artist, and faculty members from the Arts Management program. This performance is not one to miss. Performing arts and performance art being confused as one, Mr. Lazaro plays as the game changer introducing this unnoticeable art form in a larger crowd.

Visit the Facebook page www.facebook.com/BACCPerformanceArt for more information and updates on Breathless and the Performance Art Initiative.

Breathless will premier the Performance Art Initiative to be held on July 21, 2018,6PM, at the 6th Floor of De La Salle - College of Saint Benilde’s School of Design and Arts located at 950 P. Ocampo St., Malate, Manila. 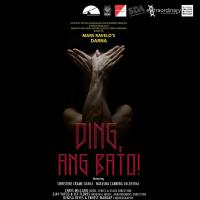 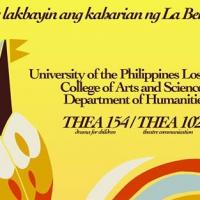 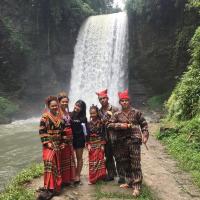