Armando’s Learns To Rock: Bands Battle in the Northern Escape

Getting stressed out because of the rules that tell what to do? Then escape into the world where the only rule is to break them! This October 2019, Saturday nights at Cuyapo, Nueva Ecija will be filled with loud music, rock bands, and flowing drinks because Armando’s Rakrakan 2019 is coming for its way!

Getting out of the comfort zone, this escape is an annual Oktoberfest Event of celebration. With its very first battle of the bands, Armando’s Garden Resort opens its doors to a rock band competition that is open to everyone who wants to showcase their passion in music and have fun. The rock-out sessions are set to take place from October 5, 2019 until October 26, 2019 comprising of three (3) rounds: the Preliminary rounds, the Semi-finals, and the Grand Finals. 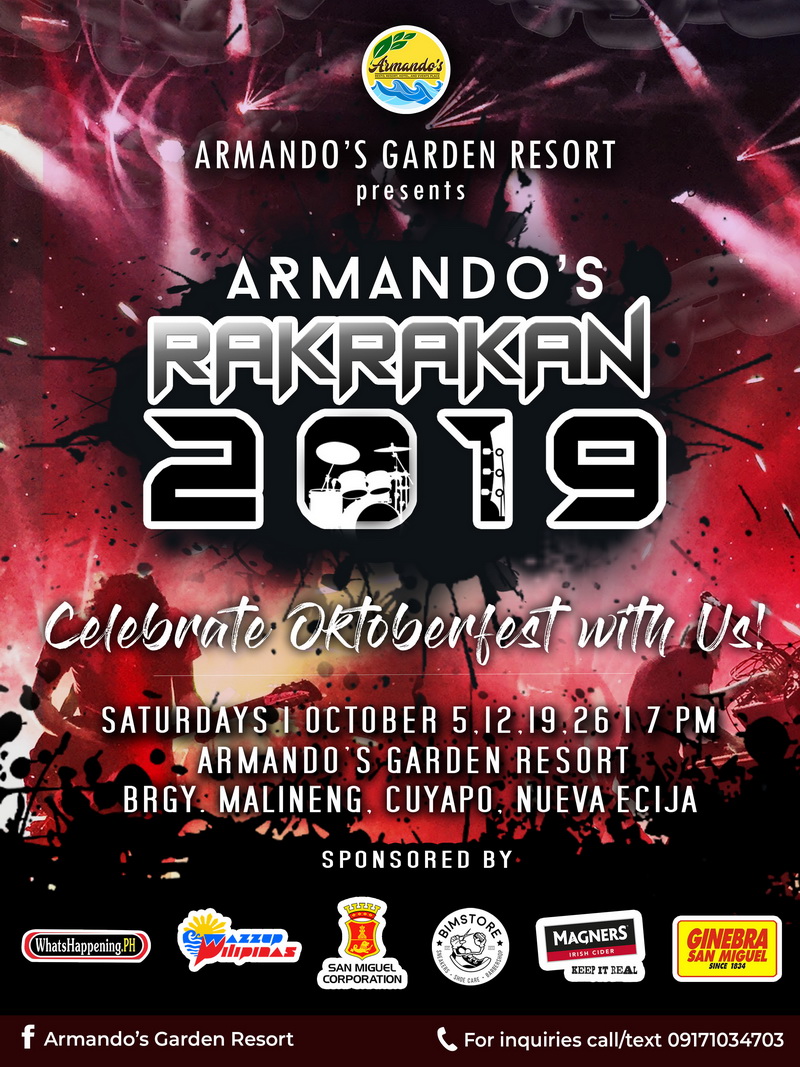 Participating bands would have to undergo an online audition that will be screened by a panel. A registration fee of 500.00 pesos per band is the amount to pay for groups that would advance to the Preliminary rounds. Each round is set to have 10 to 15 playing bands with genres that delve on different OPM rock music. Performances shall be evaluated by a set of judges with the same background to determine qualifying participants for the Semi-finals and Grand finals.

Armando’s “Ultimate Rakista ng Taon” will come home with a 50,000-peso prize plus other freebies like pool passes, accommodation passes, and food vouchers. Not only that, participating bands might also win 25,000 pesos and 10,000 pesos with the same freebies if they get the chance to become the 1st runner-up and 2nd runner-up,respectively.

Audiences from different parts of the country are also free to watch as the entrance fee for the Preliminary Round is free while the Semi-Finals and Grand Finals Rounds is only Php100 each. Spectators alike will also win freebies if they participate in the restaurant voting during the battle. For each quality meal or drink, an equivalent stub will be added to the audience votes of the desired band.

Catering to the identity of “pamilya” and “barkada”, Armando’s aims to focus on enjoyable weekend getaways with events alike. Established last December 8, 2018, the public resorts place can be found at Barangay Malineng, Cuyapo, Nueva Ecija. Dubbed itself as the “Northern Escape”, expect Cuyapo’s hidden paradise to have a nature-filled safe place far from the city where families and friends can get together.

The public resorts place also proves that it can provide livelihood in its small community along serving quality foods and services to tourists.

Last July until August 2019, “Armando’s Videoke Superstar” was held in the same place. The singing contest revolved on the idea of bringing out the Filipino star factor featuring videoke singers from different parts of Luzon.

In the newest event installment, Armando’s Garden Resort is set to bring you Armando’s Rakrakan 2019: Battle of the Bands. Break the rules and celebrate Oktoberfest 2019 with Armando’s on these dates:

For inquiries regarding the event, you may call or text 09171034703, or send your concerns at facebook.com/armandosgardenresortandrestaurant. 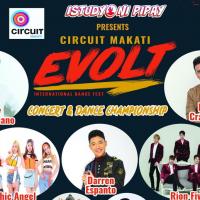 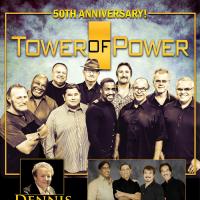 Tower Of Power Live In Manila! 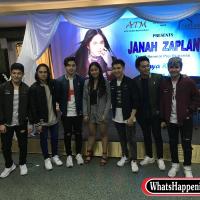