Ready your wits when "The Gentlemen" starts playing their games on January 29 in PH cinemas – a rollicking action-packed caper, where everyone seems to be friends and fiends battling for the highest seat of power. 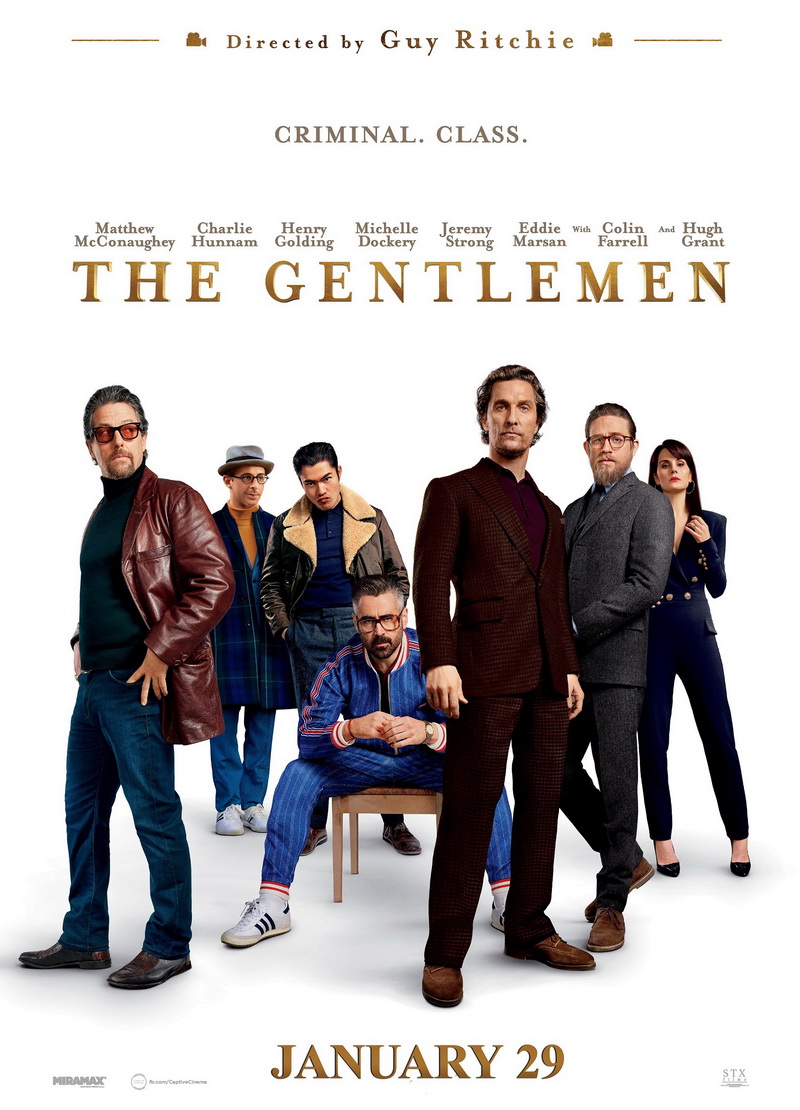 From writer-director Guy Ritchie comes The Gentlemen is a star-studded, sophisticated action comedy that follows American expat Mickey Pearson (Matthew McConaughey), who has built a highly profitable marijuana empire in London. When word gets out that he's looking to cash out of the business, a host of colorful, if entirely illegitimate figures scheme, bribe and blackmail their way to try and steal Mickey's domain out from under him. 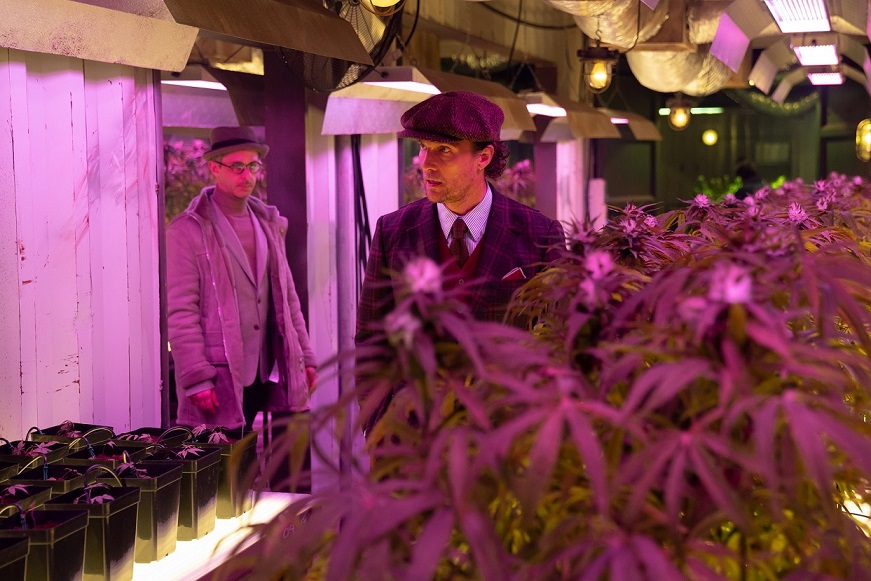 Matthew McConaughey in THE GENTLEMEN

The Gentlemen's exciting power cast includes Charlie Hunnam, Henry Golding, Michelle Dockery, Jeremy Strong, with Colin Farrell, and Hugh Grant – all under the direction of master filmmaker Guy Ritchie, who returns to the genre and type of characters to which he gave an indelible and unique flavor in films such as Sherlock Holmes, Lock, Stock and Two Smoking Barrels, and Snatch. 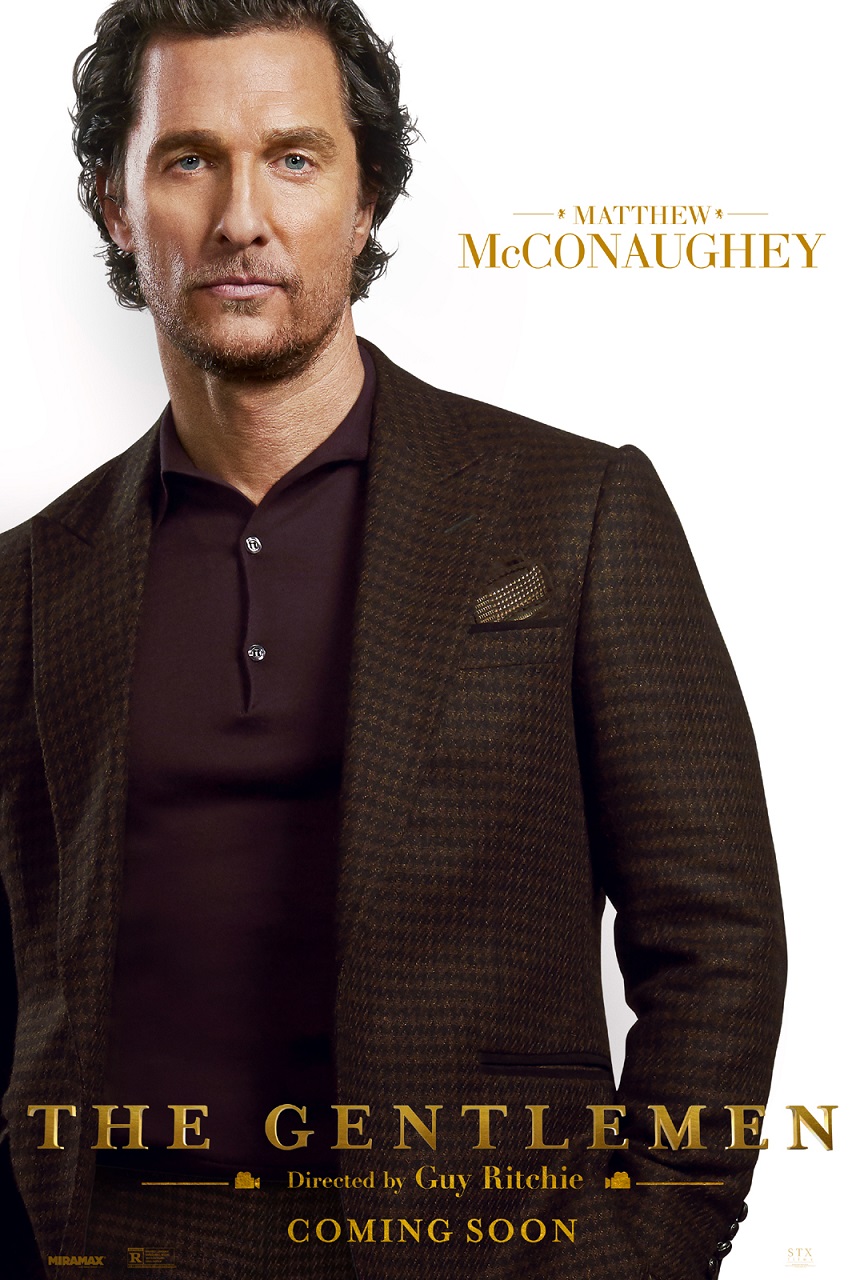 Filmmaker Ritchie came up with the idea for the film almost a decade ago. He explains the film's origins as a work entitled Toff Guys – a reference to the British slang for someone from an aristocratic background, and who exudes an air of superiority – and what drew him to its ideas and themes. "It all spoke to my interest in exploring the meeting of disparate polarities in the English and American class systems. The characters have reached an age where they are magnetically drawn to the finer things in life and have become gentrified in their rather ungentrified business. They are, at their core, hard-boiled and have worked their way up the urban ladder. Now, they're caught between two worlds, one of which is aspirational. And the things they enjoy are now out of sync with the business they're in." 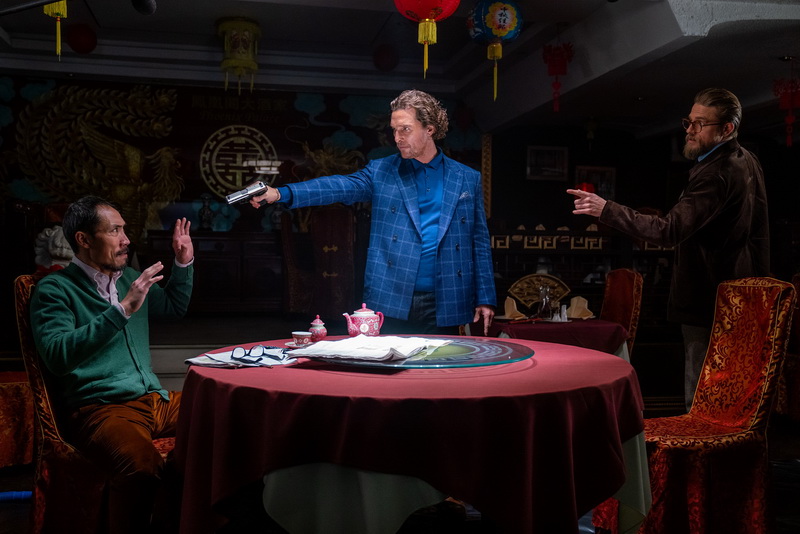 Matthew McConaughey (middle) and Charlie Hunnam (right) in THE GENTLEMEN

The title The Gentlemen points to their aspirations, but as Ritchie admits, "There aren't a lot of gentlemen in this equation." 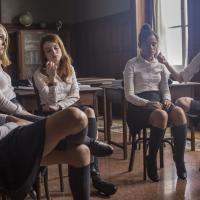 "Down A Dark Hall" Based On Classic Gothic Novel 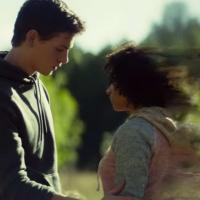 Embracing Diversity In Thrilling Ya Movie "The Darkest Minds"