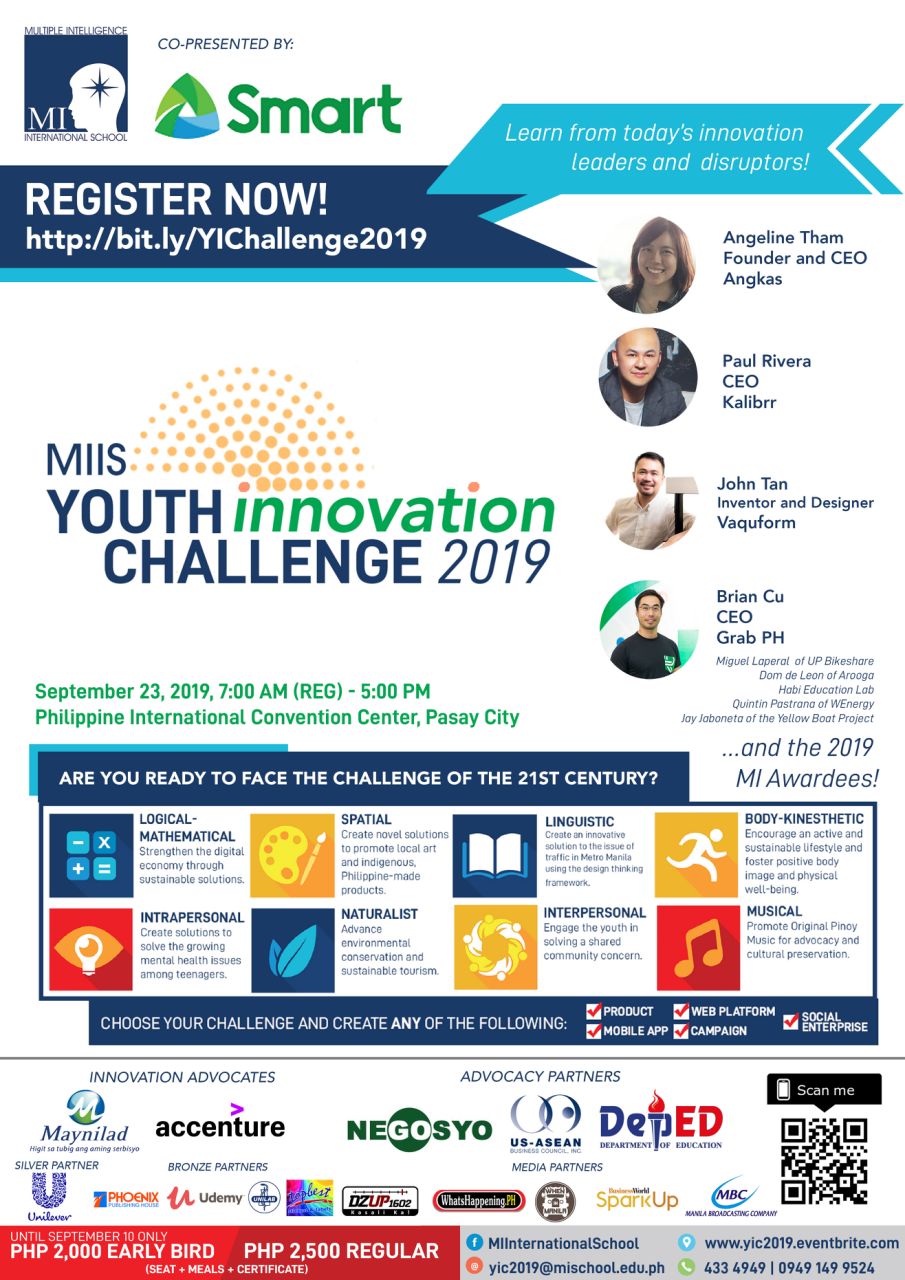 The Multiple Intelligence International School (MIIS) is set to host the first-ever Youth Innovation Challenge at the Philippine International Convention Center (PICC), Pasay City, Metro Manila, this September 23, 2019. Spearheaded by MIIS, in partnership with Smart Communications, and with advocacy partners US-ASEAN Business Council and GoNegosyo, YIC 2019 is set to be the first event of its kind in the Philippines, bringing together local students from private and public schools, and international high school students and educators to learn about the power of new ideas.

YIC 2019 will bring together leaders from both public and private high schools around the metro to formulate innovative solutions to real-world challenges, spanning the eight (8) intelligences under the MI Framework popularized by Harvard psychologist Harvard Gardner.

The morning session will be a plenary session with resource speakers from different industries in the Philippines, including Angkas’ Angeline Tham, Cubo’s Earl Patrick Forlales, and Kalibrr’s Paul Rivera. In the afternoon, the delegates will be divided into the eight intelligences, namely: Linguistic, Logical-Mathematical, Spatial, Body-Kinesthetic, Naturalistic, Musical, Intrapersonal, and Interpersonal. Each of these will be introduced by notable resource speakers, including Grab Philippines’ Brian Cu, Habi Education Lab, Vaquform’s John Tan, and UP Bikeshare’s Miguel Laperal.

The program will be capped off by the awarding of the MI Awards, a national search for individuals and organizations who have used their “SMARTS” to make a difference. The Awards have been given since 2005; past awardees have been President Corazon Aquino, Cecillo Pedro, OgieAlcasid, and Speaker Sonny Belmonte. 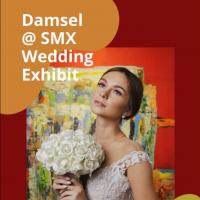 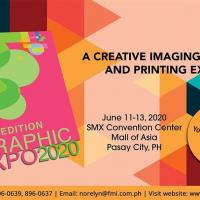 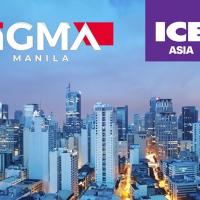