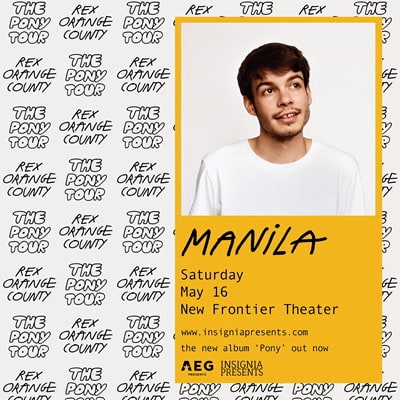 Is he your favorite boy, your number one, or yours? Maybe being his best friend is better.

According to Insignia Presents on their Facebook, the same company that brought Ella Mai to Manila this year, they are now bringing Rex Orange Countyhere on May 16, 2020 at the New Frontier Theater! This concert is under his Pony Tour, wherein his recent album Pony was also released last October.

Rex Orange County, or his real name Alexander O'Connor is a 21-year-old English singer who released popular and feel-good songs like "Best Friend" and "Loving is Easy" that instantly put Filipinos in a good mood.