The exhibition pursues the goals of the 2020 iteration of the Curatorial Development Workshop supported by the Japan Foundation, Manila (JFM), and the Philippine Contemporary Art Network (PCAN). Like the workshop, which began in 2010, the exhibition seeks to reflect on the relationship between the social context of the public health crisis brought about by the Covid 19 pandemic and the curatorial mode that is responsive to the current ecology of production. This production has been disrupted because of the restrictions on basic mobility; domestic and international travel; physical interaction; and general everyday activity. This situation, coupled with uncertainty and unpredictability, has affected the economic and emotional well-being of everyone all over the world and rendered daily life and the imagination of the future precarious even as various forms of violence and repression have heightened.

Two aspects that have been upset in curatorial production in light of the pandemic are the sequence of processes and situation of engagements. Instead of exclusively migrating these aspects to the digital environment, curatorial work may instead rethink the sequence and the situation so that the most recognizable culmination of the curatorial endeavor ceases to be the “exhibition” as organized by the curator who relies on a previous status quo of the so-called supply chain or life cycle of works for presentation. As a tactical recourse, the curator can foreground at this point in pandemic time the prehistory and the afterlife of the recognizable exhibitionary, and therefore curatorial, form.

The curator thus curates the process of “research” and the “remediation” of whatever is produced. “Production” is in itself part of the investigation and the experiment. It is not imagined in terms of an object, completed and fulsome. It is a “project” that mutates and iterates in time. The exhibition presents the projects of the members of PCAN to which the chosen participants in the workshop had responded. These projects and responses run the range of curatorial work: archive, art history, exhibition, film screening, annotation, social media interface, and so on.

Patrick Flores’s Nena Saguil: Interviews probes the vision of the painter Nena Saguil who stayed in Paris for nearly four decades from the 50s to the 90s through three interviews, including those from the historian Ambeth Ocampo and the art critic and painter Cid Reyes, which was recorded in audio; and an excerpt from a documentary by Nick Deocampo.

To this prompt Jael Mendoza and Sam Domingo offer mediations.

Sam Domingo initiates Delineating Her Dossier: On Nena Saguil and Her Fragments in Paris. It exposes the involvement in the bustling Parisian 50s-70s art scene of Nena Saguil. Despite a life spent in relative solitariness, she had surprisingly woven an occluded art history in her fleeting presence that has always left a mystery in the Philippine art scene. Resembling her reticence by literally hiding her portrait and documentation through both online and physical interventions, the project urges visitors to navigate Saguil's timeline, actively participate in it, and contribute to constructing her profile. It raises questions on her decisions in her self-presentation as an artist, which are founded on intimate crossroads that may strangely still allude to most of our own. Delineating Her Dossier also proposes a new perspective on seclusion - not as a catalyst for exhaustion but for creativity and personal maturity – in hopes of leaving a sense of optimism that we presently need.

Jael Mendoza gestures with Out of every pore a universe breaks. It is a prototype exhibition that builds on a careful examination of the life and works of Nena Saguil. It is informed by a curatorial imagining shaped by the entwined histories and intimacies of various modernisms, in particular the socio-material implications of Saguil’s corpus and artistic mobility (especially between the mid-50s and the 70s, between the global south and the Euro-American world), and her discernible inflections upon the present, however oblique and dispersed.

This project also aims to compound the said search-as-method curatorial scrutiny, exploration, and cumulation, with the ludic economy of modernist abstraction as a potent mode of discovery (especially of bewildered forms and permutations outside sheer formalism and the function of depiction), as carried out by the five participating artists in response to Saguil, wielding abstraction (taking Saguil’s cue) as a modality of itinerancy and emancipation, towards coordinating new regions, reconfiguring boundaries, and proposing and initiating new ecologies, an endeavor that necessitates the recuperation of Saguil’s very “faintness and intermittence” in the archives of Europe as an initiatory discursive-rhetorical model of criticality, historiography, and production. Artists include Sinkiangbin, Marlon Hacla, Raymond de Borja, Catalina Africa, Babylyn Geroche Fajilagutan, and Jesa Tamayo.

For his part, Jeckree Mission curates A Shot of Impulse, which attempts to organize impulses situated in moments of urgency and disruption. Specifically, the exhibition traces impulses to record, document, and photograph while under the Covid 19 lockdown. During times of crisis, where could such impulses lead to? The photographs of Aia Solis, Chickie dela Rosa, Dianne Fernando, Ennuh Tiu, Jopie Sanchez, Koko Calvo, and SP Olalo emerge from the photographic collective Eternal Frame Collective and the project Lockdown Diaries.

The exhibition attempts to recover these traces developed from the initial instinct to document during the health crisis. It is set in two spaces: the Vargas Museum and @eternalframeco over Instagram. On the one hand, the physical exhibition located in the Vargas Museum references the life cycle of Lockdown Diaries through an interrogation of the various materials it had produced. These include not only the individual photo projects of seven exhibiting artists but also the accumulated data over the group’s Telegram group chat and noteworthy excerpts of online conversations. On the other hand, the digital exhibition within the group’s Instagram account explores the possibilities for connection, contact, and collaboration as it unfolds the individual instances under lockdown.

Renan Laru-an presents But Ears Have No Lids: Maayan Amir and Ruti Sela, part of a year-long screening program on hearing(s). The series of online and offline presentations inspects the nature and development of hearing in three amplitudes that call for the ears to pay attention: hearing as a field of “being touched”; the documentary agency of hearing; and hearing’s right of refusal to inform. Through the many morphologies and odysseys of attention, But Ears Have No Lids features artistic projects and conversations that sustain the value of keeping our ears uncontrollably open—after the disappearance of sight and hearing, and in the fact of loss and paranoia. The first volume of screenings cites the concept of extraterritoriality through the practice of Tel Aviv-based artist duo Maayan Amir and Ruti Sela. The project is made possible through the support of Artis.

To complicate Laru-an’s proposition, Carla Gamalinda interjects Listen to Light: Carlos Bulosan’s Voice of Bataan. This experiment uses digital marginal space as a generative tool for focused and in-context conversations. The project aims to activate the Carlos Bulosan poem The Voice of Bataan by collecting contemporary annotations from scholars, artists, and cultural agents. The mediation also extends to the incorporation of other sources of visual culture. Through hypothes.is, a Google browser feature, the public is invited to respond to the annotations or add their own.

Roberto Paulino sets up “The Grain As It Is”: Ildefonso Marcelo. The exhibit shines a line on sculptures by Ildefonso Marcelo on loan from the family collection. These works are mainly relief panels and religious pieces depicted in stylized linear features and patterns. Born 23 January 1941 in Bulacan, Ildefonso Marcelo obtained his Bachelor of Fine Arts, major in sculpture, from the University of the Philippines (UP) in 1962. He took graduate studies at the University of Hawaii and Pratt Institute, New York from 1963 to 1965. A five-time laureate at the Art Association of the Philippines, he received the Republic Cultural Heritage Award in 1961. Among his notable works include the adobe Captivity, Contemplation, Challenge, and Prayer on the UP Diliman campus, and the large ebony carabaos at the Quirino Grandstand steps. The art critic Leo Benesa once described Marcelo as “the shy, reclusive type” who “succeeded in eclipsing himself because of his introspective personality.” After his first solo exhibition at the UP in 1962, he did not mount his next one until 1980, although he did participate at the New York World’s Fair and the Philippine Art Exhibits in the Seattle World Fair in 1964. The works presented at the Vargas are imagined as a prelude to a larger exhibition and research undertaking and viewed in relation to the public art of the artist at UP.

Tessa Guazon layers this initiative with We are going to have to live outside. The title is a line from Bruno Latour’s Down to Earth (2016) and was lifted from a section that discusses migration in all its extended and amplified forms, a historic event. Latour describes the migratory crisis, of “finding oneself deprived of land,” as a shared ordeal. This deprivation is not only inflicted by humans on fellow humans, a similar dispossession is exacted by humans on other living forms. Early efforts towards understanding the cause of the pandemic resulted in its being traced to a virus that had jumped from animals to humans: a stealthy migration that continues to mutate. Viruses themselves occupy the state between the living and nonliving, replicating in their hosts and thriving through borrowed lives.

The exhibition meditates on this state of being, an existence bordering life and death. It best describes what we regard a viral state: that which has gone viral (unprecedented spread of news or information that brings about acclaim or infamy), and even our experience of life in quarantine. It also adequately captures the flux and fragility embedded in the creative process. The shifts in creation we witness and record in art-making may take from this in-betweenness: a coaxing to life, a momentary stupor, and eventual demise, or a much-awaited resurrection. Artists include Buen Calubayan, Is Jumalon, Mark Salvatus, Emmanuel Santos, and Alvin Zafra.

Marz Aglipay forwards To Even out a Playing Field. It aims to look at practices that audiences are able to engage with by taking on an editorial function, which is either to narrate or opine, regardless of it being straight news such as editorial cartooning, digital illustration, or zines; or to entertain through satire or comics. The term “engagement” is not limited to metrics set by social media platforms (e.g. number of views, likes, shares.) By being able to present works that audiences can mediate on a virtual platform and within a physical space, it seeks to discover what kind of engagements these works can demand or generate once they are exhibited in actual space. 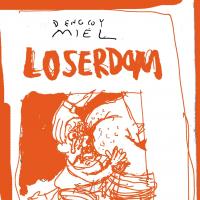 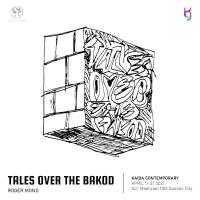