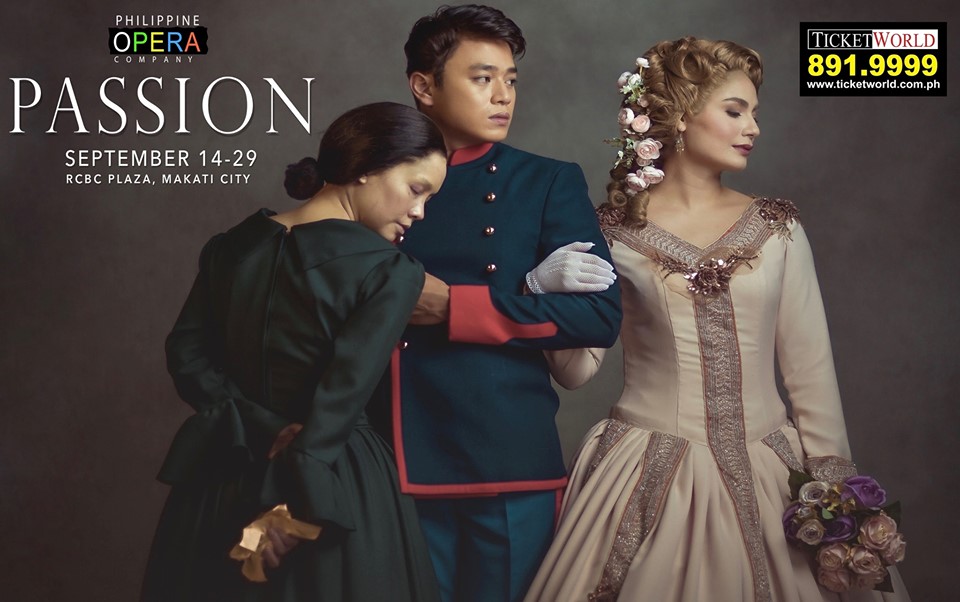 Philippine Opera Company (POC) is proud to stage “PASSION”, a musical about the complexities of love and desire. With music and lyrics by Stephen Sondheim and book by James Lapine, this collaboration got nominated for an Olivier Award for Best New Musical and won four Tony Awards, including Best Musical and Best Book of a Musical.

PASSION's story was adapted from a film called "Passione d'Amore," where Giorgio, a captain in the Italian military, has an affair with a married woman, Clara. His view and definition of love are put to the test when he meets Fosca, a reclusive cousin of his colonel. It discusses love, a universal language, boldly and intelligently, which makes it different from any other romantic story.

The show will be directed by Robbie Guevara.

POC's staging will have a complete orchestra required, which hasn't always been done in PASSION stagings since its original Broadway.