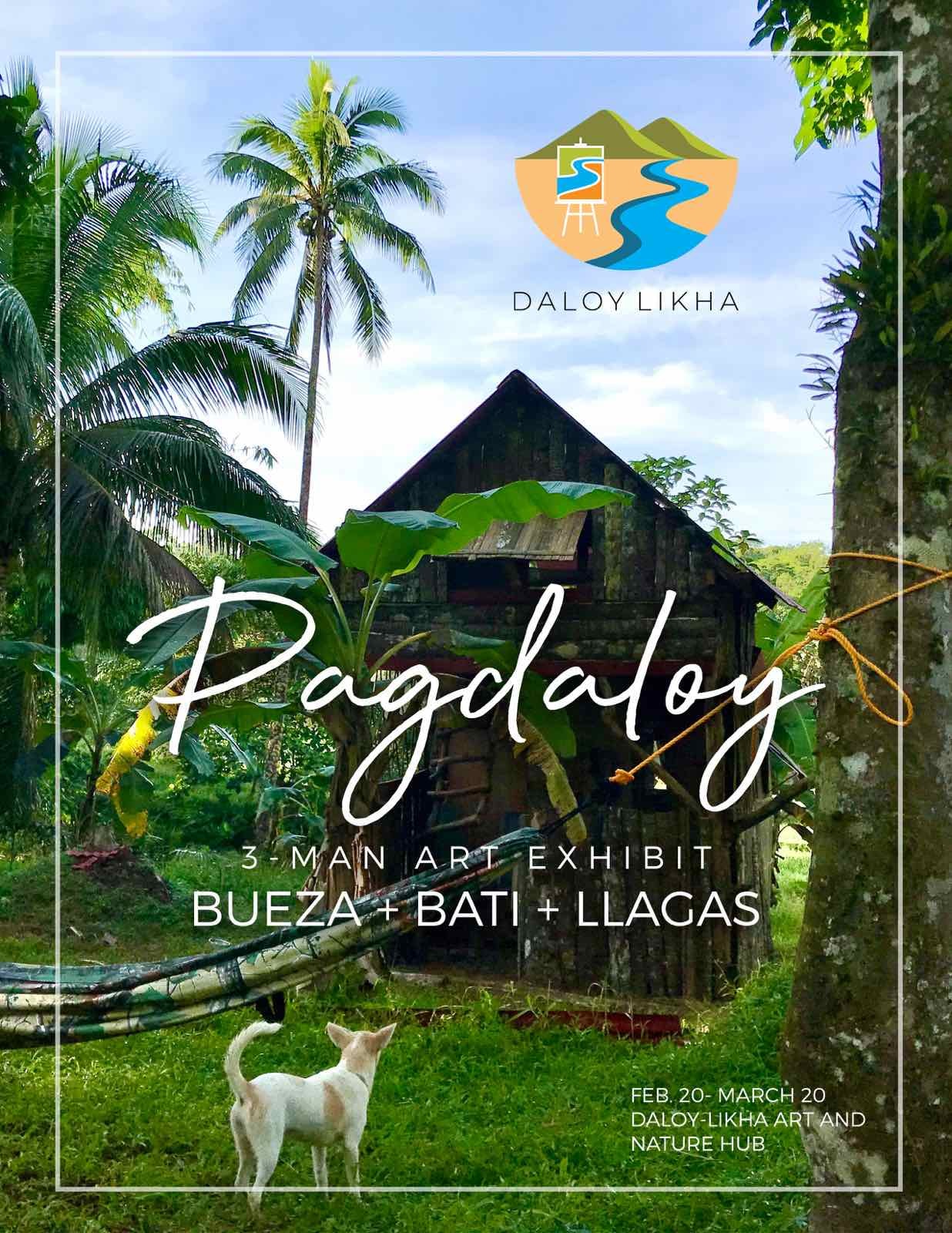 The world seemed to stop during the rampage of the global Covid-19 pandemic. But it hasn’t been able to stop the flow of creativity of three gentlemen in the fields of visual arts, here in the Philippines—Noel P. Bueza, Brando Limon Bati, and Adler Llagas.

On the 20th of February, 2021, in line with the celebration of National Art Month and National Heritage Month—Bueza, Bati, and Llagas will launch their month-long exhibit aptly titled Pagdaloy, as it is the testament of their commitment to their craft as visual artists. Even during the lockdown and economic slowdown brought by Covid-19, their creativity continuously flowed, and the result—several pieces of beautiful works, which are truly world-class.

The three have never had that academic training when it comes to creating art. But despite this, they are able to successfully penetrate the art scene and are now considered as three of the most important artists in the Philippines. With their body of works, they are also included in the roster of artists that can be considered as “masters”.

Bueza has been known for his stainless steel sculptures under his “Karitan/Lambanog” series, as well as with his pen-and-ink drawings of the most important Catholic churches, here in the Philippines. Moreover, he has been able to produce works using different mediums, with different subjects—koi, landscapes, seascapes, cityscapes, still life, among others. Because of this, the name “Noel P. Bueza” has become a household name when it comes to art. His works have become one of the sought-after pieces amongst art patrons and enthusiasts, local and overseas.

Bati, meanwhile, was discovered by the late author and art mentor, Emmanuel Duldulao, and has been known for his Bamboo and Mother and Child series. Acclimated to the palette knife technique, using oil and acrylic, Bati is able to create various important pieces that found their way to art books, gallery walls, and the homes and offices of his clients, here and abroad.

Llagas is also a self-taught artist and very prolific in painting scenes in the countryside. The idyllic life of the rural folks and the beauty of the surroundings are staples in his works. Also, an artist discovered by Duldulao, he is now one of the most sought-after rural scape artists here in the country, and his works also found their way to the houses, galleries, and offices of his patrons.

Pagdaloy is akin to a river that waters the fields and meadows, keeping them fertile and alive; and you are welcome to witness the flourishing of beauty in this 3-man show, which will run until March 20, 2021.