NOLI ME TANGERE, THE OPERA : The People's Opera 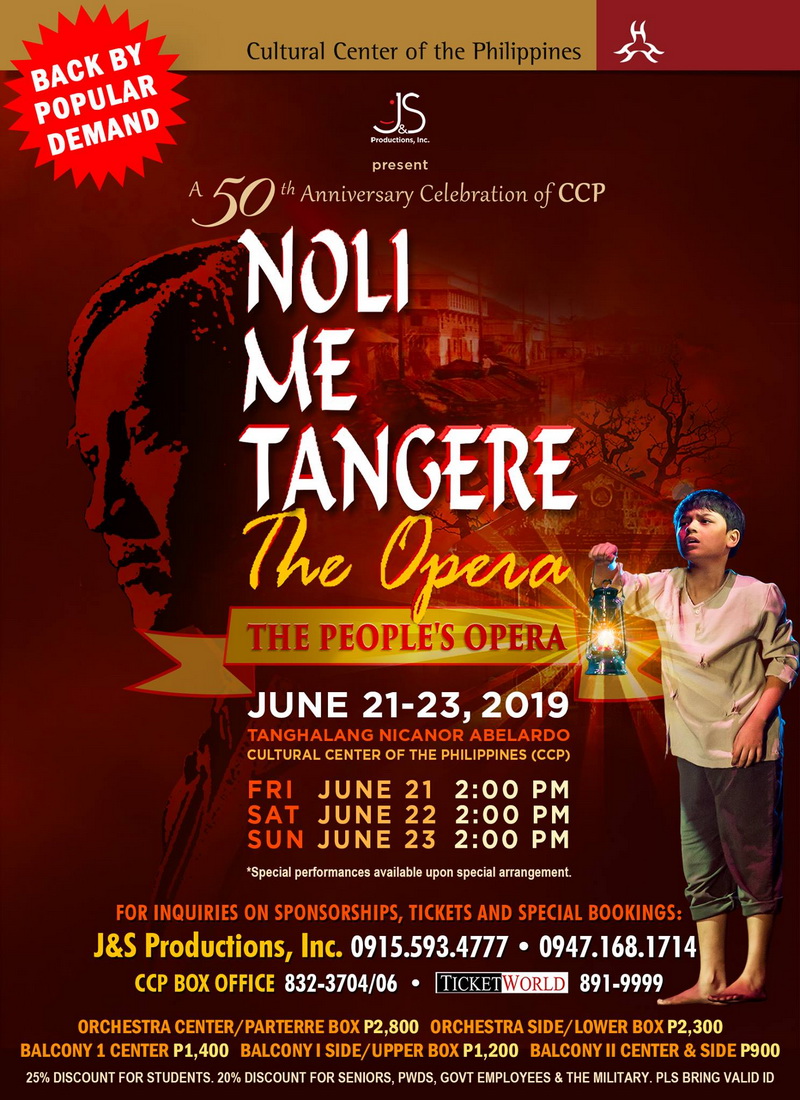 NOLI ME TANGERE, THE OPERA tells the timeless story about love, betrayal, and hope set against a repulsive backdrop of tyranny, torture, and murder. It follows Juan Crisostomo Ibarra who returns to the Philippines after pursuing scholarly studies in Europe. He plans to open up a school and marry Maria Clara, his betrothed. However, parish priest Padre Damaso, the archenemy of the Ibarras, is out to hinder Crisostomo's agenda. NOLI ME TANGERE, THE OPERA paints a clear picture of the so-called “social cancer” that illustrates the rotten system of governance, the illicit way of the church, and the unfavorable trade of the privileged class.

25% off for students and 20% off for seniors, PWDs, government employees, and the military. Please present a valid ID card.