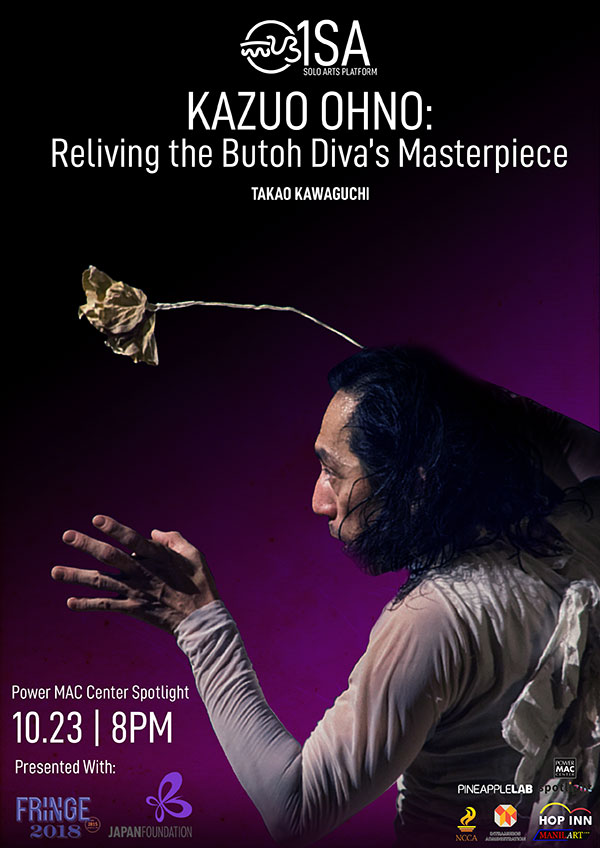 In this performance entitled “About Kazuo Ohno” which has caused a controversy within Tokyo?s dance establishment, I set myself the task of literally “copying” the dance of the butoh master from video recordings of the premiere performances of Ohno?s early masterpieces including “Admiring La Argentina” (1977), “My Mother” (1981), and “Dead Sea, Ghost, Wienerwaltz” (1985). The viewer layers the reminiscence of Kazuo Ohno onto my body, and those who don?t know Ohno?s dance, their imagination of it. The multiple images of Ohno and myself merge, surface and recede in turn. “About Kazuo Ohno” is, in a sense, a duet I dance with the illusory image of Kazuo Ohno.

For tickets visit www.ticketworld.com.ph or call Ticketworld at 891-9999.