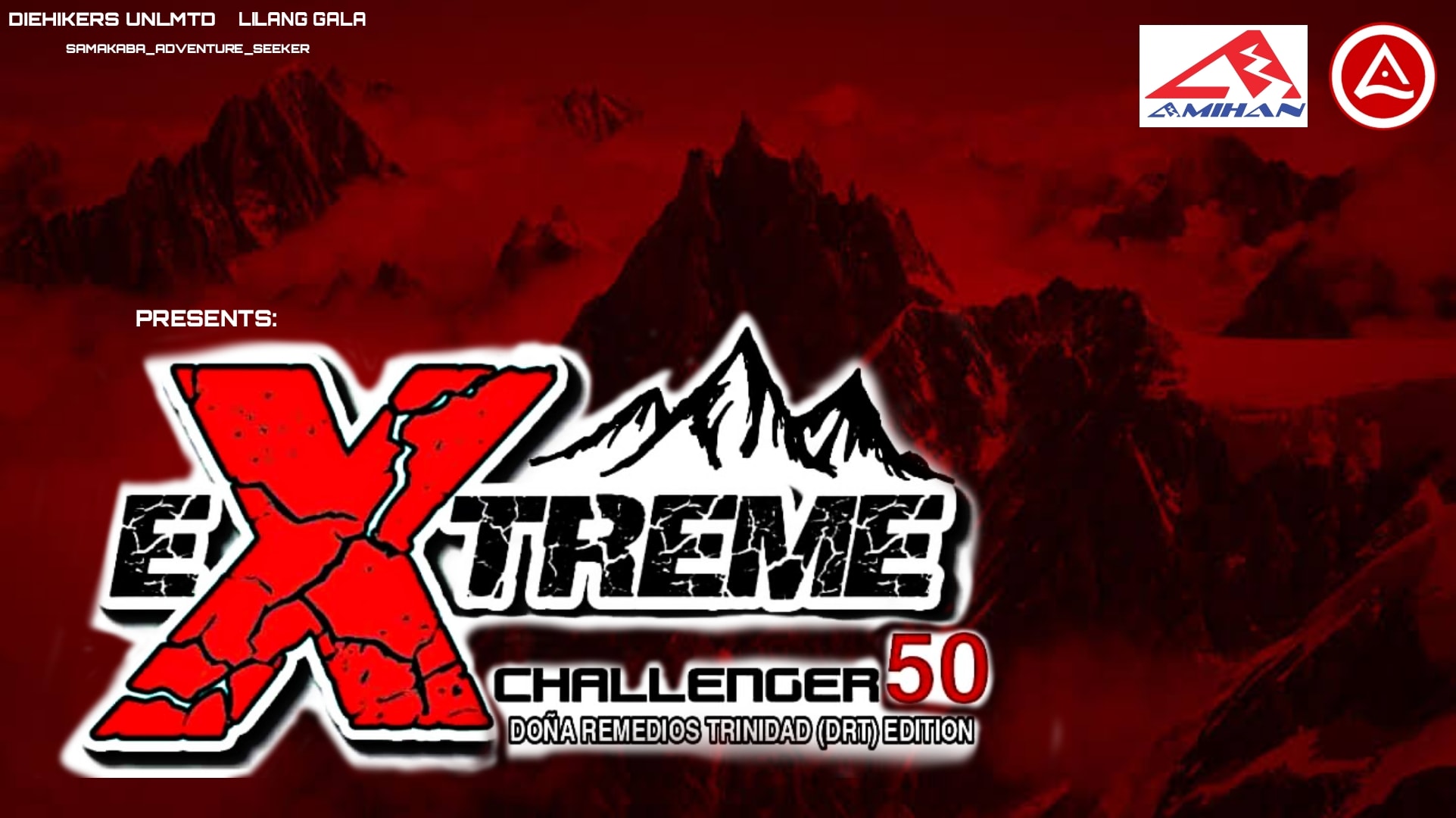 DieHikersUnlmted, Lilang Gala, and SamaKaBa_adventure_seeker bring you an unforgettable and exciting trail that will challenge you to extent of your limit. This event aims to promote local tourism. Also, beneficiaries of this event will be the local dumagat tribe living in the areas of DRT, Bulacan.

Would you dare take the challenge?

Are you ready to face the heat and elevation challenge of the Doña Remedios Trinidad (DRT) mountains?

The route will take the runners through multiple peaks, river crossing series, and mountain ridges.

EXTREME CHALLENGER’50 will be having Three (3) Categories:

• Runners for 50km should have at least 2yrs experience in TRAIL running and should have finished at least 40km trail marathon. (Road marathon will not be accepted)

• A special 10 runners ( should be in the same category) plus 1 free kit for those who will register as a group.

• Rate for foreign participants is different from the usual rates.