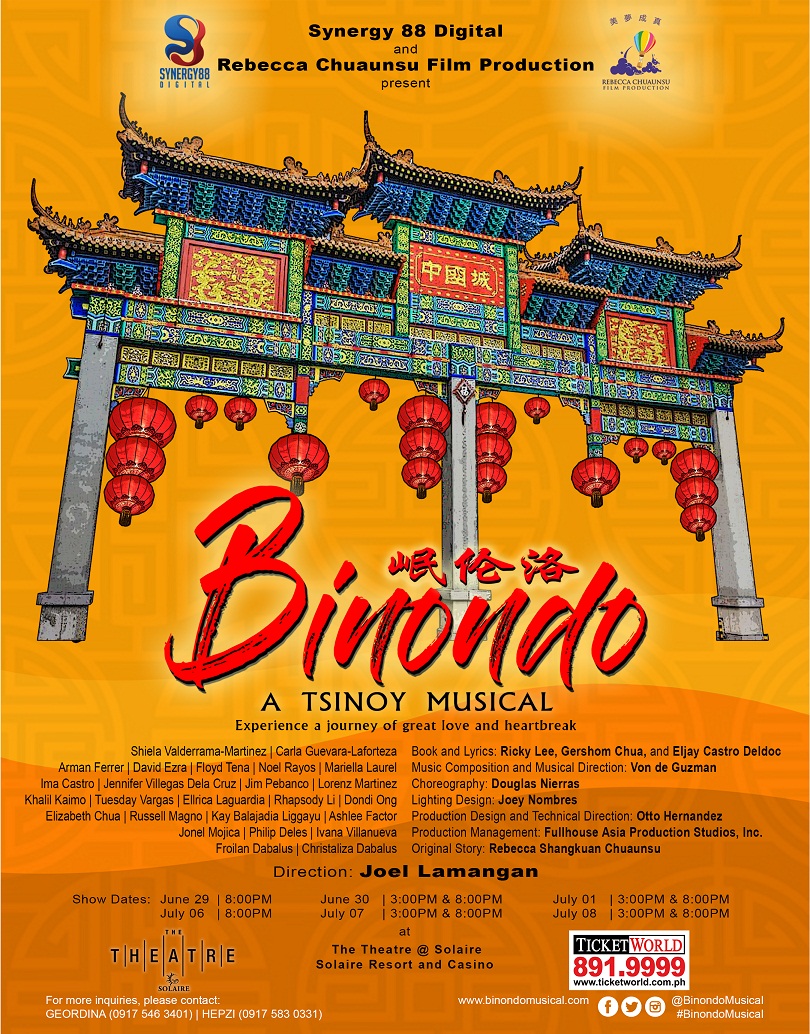 BINONDO, A Tsinoy Musical’ tells the story of how LILY, a Filipina night club singer in pre-Martial Law Manila, and AH TIONG, a mainland Chinese scholar returning to Cultural Revolution-era Beijing, embark on a journey of great love and heartbreak that begins one fated, moon-lit night during the Mid-Autumn Festival of 1971 in the heart of Manila’s Chinatown.

LILY, a hopeless romantic, finally finds her unlikely great love in AH TIONG, a cynic about destiny, during this night of one of the fullest moons ever recorded and on the birthdate of Ge Lao, the Old Man Under the Moon or the Chinese Deity of Love. Vying for LILY’s heart as well is CARLOS, a local Chinese childhood friend of hers who is finally pushed to confront his feelings for her with the arrival of this stranger set on stealing her heart. A triangle centered on different ways of loving and receiving love forms the crux of this story.

Spanning two decades and two countries, the musical explores how love overcomes even times of racial prejudice and political turmoil and endures years of waiting and absence, only to grow deeper and change the lives of everyone who dares to put their hearts on the line.

The ticket prices are as follows: