BANTA SA UP,” AN ART EXHIBIT 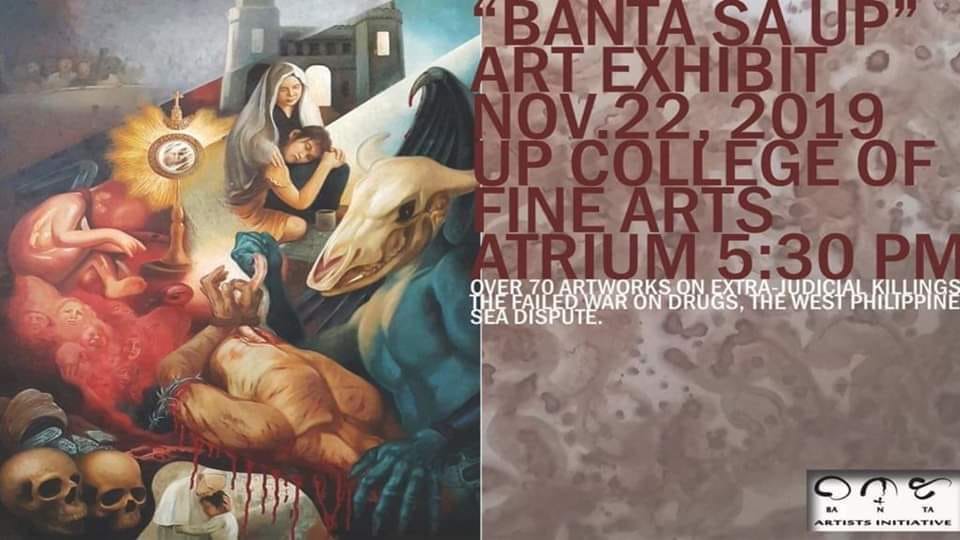 Over 70 artworks of the country’s eminent and emerging sculptors, painters, mixed media and performance artists will be featured in the upcoming “BANTA sa UP,” an art.

The exhibit theme revolves around extra-judicial
killings, the failed war on drugs, and the West
Philippine Sea dispute. Artists from Davao, Lucena,
Laguna, and Angono will join their peers in Metro
Manila for the show.

Organized by the BANTA Artists Initiative, in
partnership with Bawat Isa Mahalaga (B1M), the
exhibit also features a mural by children orphaned by the government’s war on drugs. The Oyayi sa Unos, a choir of orphaned children due to EJKs.