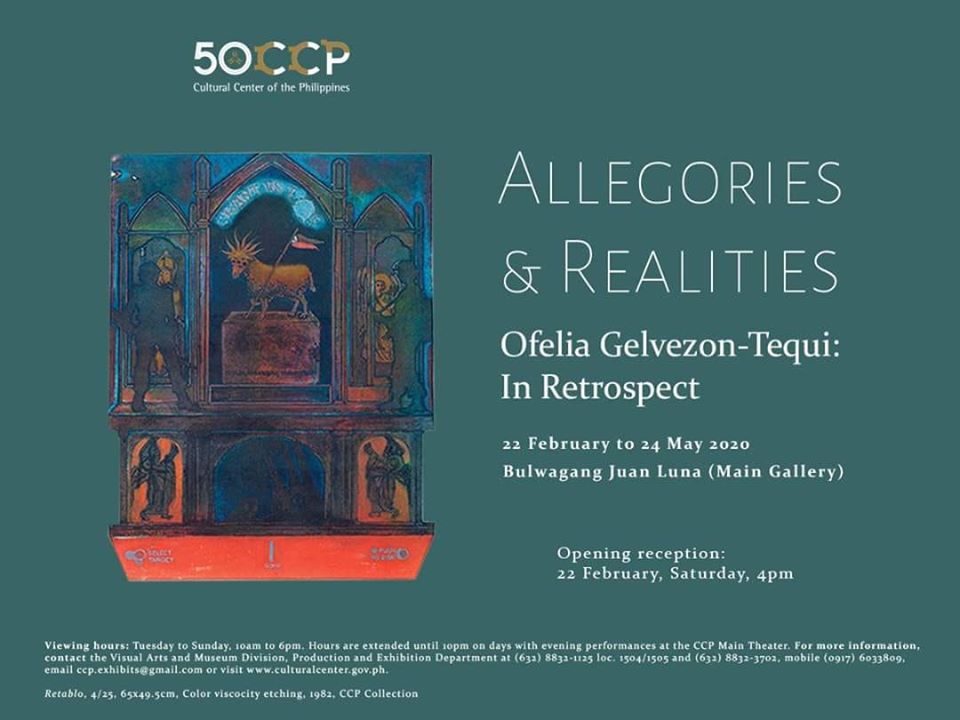 Gelvezon-Tequi earned two degrees in Fine Arts and English from the University of the Philippines-Diliman. Influenced by literature, art history, and visual arts, her works emanate her deep understanding of these various disciplines. Her series of prints from the 1980s are juxtapositions of sacred images vis a vis the mundane. Her works are also grounded on the real and personal — family life and losses, greed and corruption, the turbulent political climate, or simply a row of trees, a lush garden or still life. She has been highly acclaimed for her use of allegory to express her take on social issues. This retrospective show is composed of prints and paintings made by Gelvezon-Tequi from the 1970s to the present. It explores the thematic contexts as well as modes of art practice Gelvezon-Tequi has pursued for more than five decades.

Aside from the artist’s collection, other featured artworks will be borrowed from private and institutional collections. Ma. Victoria Herrera, Director and Chief Curator of the Ateneo Art Gallery, has been invited to curate the exhibition.